Turbine Hall filled with swings; art to spill out into Bankside

Danish collective Superflex have filled Tate Modern's turbine hall with swings - and the installation could soon be coming to a street near you. 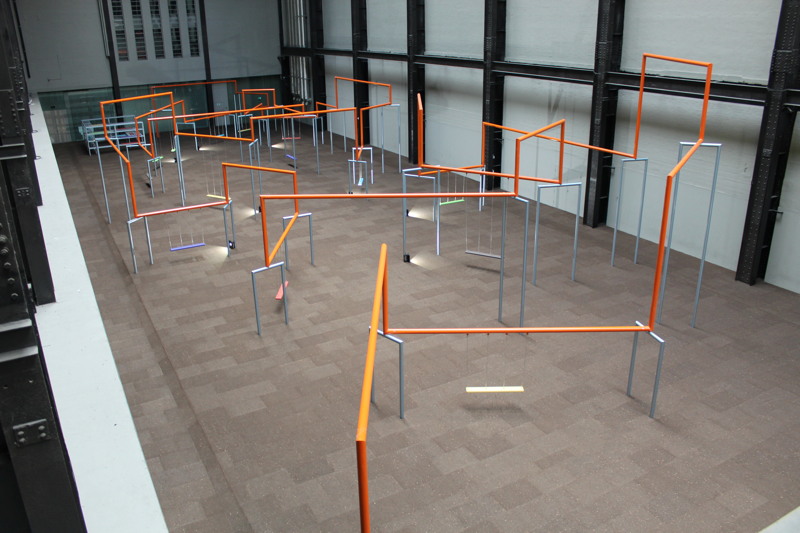 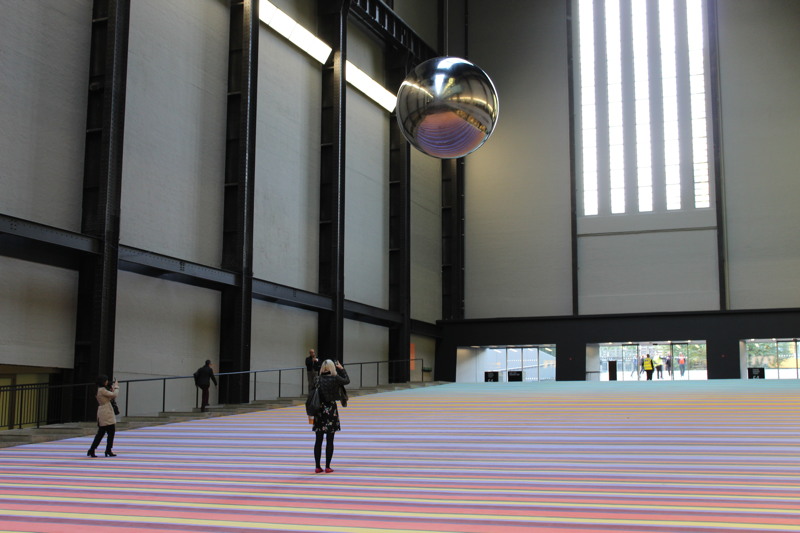 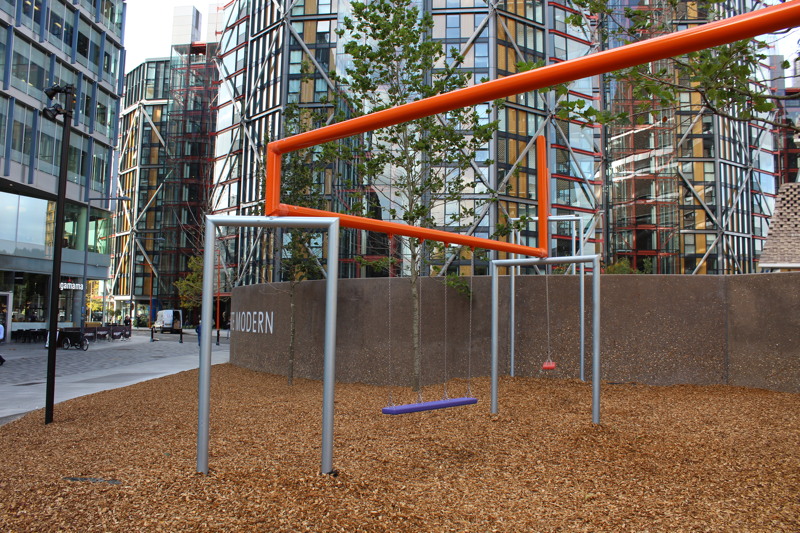 11 years ago the Turbine Hall hosted slides; now the latest group of artists to take on the challenge of filling the space has chosen to create a new twist on another piece of playground equipment.

The artists hope to encourage people to interact with their neighbours in unexpected ways through the shared experience of playing on the swings.

The orange bars are reminiscent of the orange lamp-posts that mark the walking route between Southwark Underground Station and Tate Modern but curators say the visual link between the two is a happy coincidence.

Tate Modern boss Frances Morris said the installation "connects the Turbine Hall to the landscape of Southwark". There is already one set of swings outside the gallery and planned locations elsewhere in Bankside include Borough Market, Farnham Place and Price's Street.

Visitors to the Turbine Hall are invited to suggest locations where they'd like to see further swings installed. Components for the swings are assembled on a production line at the eastern end of the Turbine Hall.

At the western end of the Turbine Hall a mirrored pendulum swings above visitors' heads, said to represent a state of apathy.

The installation has been curated by Donald Hyslop, Tate's head of regeneration and community partnerships, who said that Superflex's work "brings local, national and international together in perfect symmetry".

Tate's director of exhibitions Achim Borchardt-Hume described One Two Three Swing! as "the most intelligent piece of fun I've seen for a long time".