'Swiss Light' to be removed from Tate Modern chimney

The Bankside skyline is about to change. Eight years after Bankside Power Station became Tate Modern, the light box is to be removed from the top of the building's chimney. 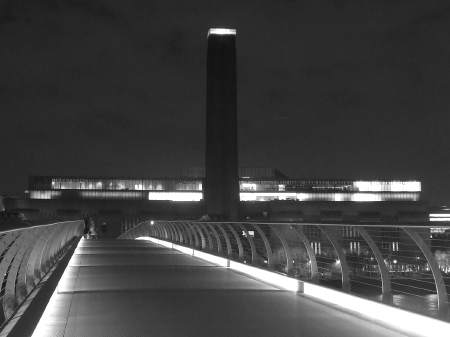 The Swiss Light seen from the Millennium Bridge 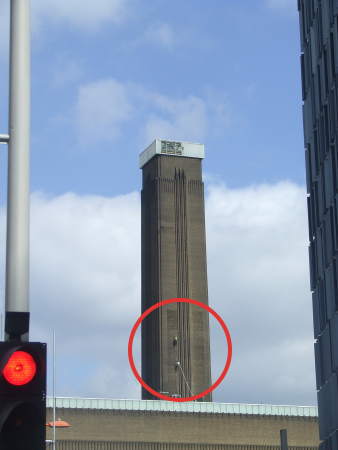 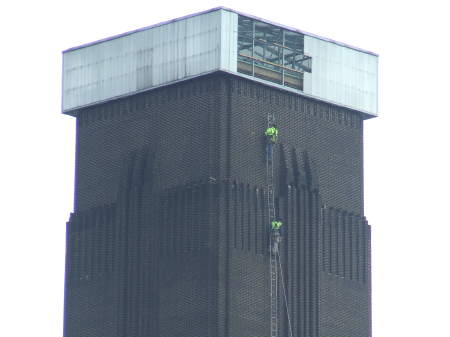 The Swiss Light was designed by artist Michael Craig-Martin in collaboration with Herzog & de Meuron, the Swiss architects responsible for the conversion of Bankside Power Station into a gallery of modern art.

Tate's website describes the Swiss Light as "a symbol of the birth of Tate Modern and the reincarnation of Bankside". It was sponsored by the government of Switzerland.

In January 2007 part of the cladding on the south side of the light box fell from the chimney in high winds.

At the time Tate said that it intended to replace the missing panels, but for the last 14 months the light box has remained in its damaged state.

Now Tate has confirmed that the "temporary structure" is being taken down.

"We are exploring different options for a future lighting scheme for the facade of the building," a Tate spokeswoman told the London SE1 website.

Last week Bankside residents and office workers watched in awe as a ladder was installed on the south side of the 99-metre chimney.

Some wondered if protesters were scaling the chimney ready to unfurl a banner; others speculated that it might be a piece of performance art.

• Last week Tate announced that this summer the external walls of Giles Gilbert-Scott's building will be covered in the work of noted street artists.