Young Vic artistic director David Lan stressed the importance of community when speaking at the opening of the theatre's Jerwood Pod. 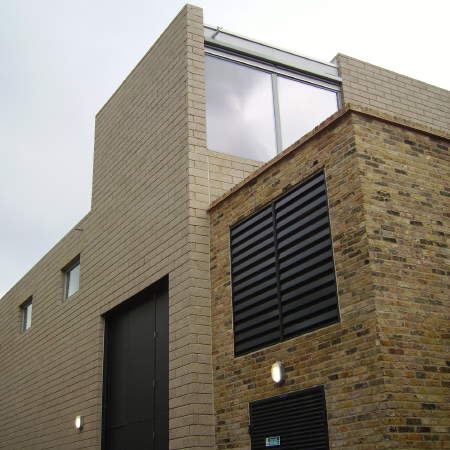 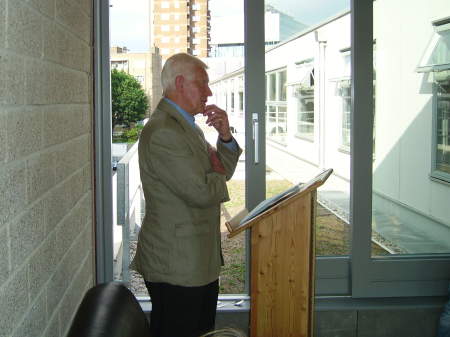 The Young Vic's Ł14 million rebuilding programme begun in 2004 has been declared finished by artist director David Lan. Speaking on the top floor of the new wing he thanked the grant-making organisations, including the Jerwood Foundation, and individuals who had made the Jerwood Pod possible.

Designed by architects Haworth Tomkins, the wing stands on the corner of Cons Street and Windmill Walk with views of the London Eye and Palestra. The Pod, which incorporates additional dressing rooms, storage and wardrobe space, is being occupied by associate companies The Opera Group, Fevered Sleep and B3 Media. The recent acclaimed The Enchanted Pig was an Opera Group co-poroduction.

"Theatre is made collectively," said David Lan who suggested to guests that the birth of theatre can be traced to Delphi and the Easter Liturgy of the middle ages.

"We believe deeply in theatre and we also believe that at its heart the making of theatre is a mystery."

New Arts Council chief executive Alan Davey described the Young Vic as a beacon of excellence in our theatrical life, taking audiences to places they never knew they wanted to go.

Alan Grieve, who established the Jerwood Foundation for John Jerwood in 1977, praised the work of David Lan and spoke of the importance of the Jerwood's relationship with the Young Vic during the difficult economic times.

Earlier in the day arts minister Margaret Hodge had visited the Young Vic to tour the Jerwood Pod.