A large congregation gathered in St George the Martyr church on Sunday morning for the final service led by priest-in-charge Fr Ray Andrews as he prepares to retire from the role after six and half years. 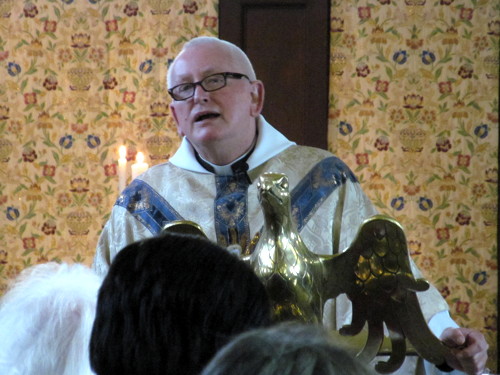 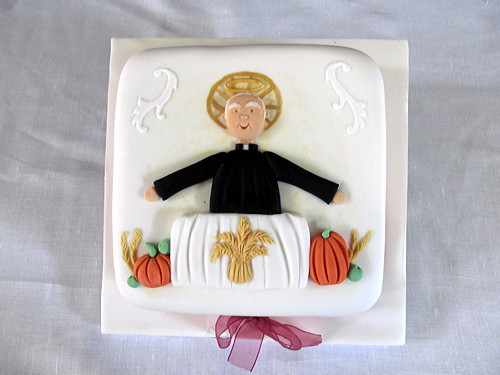 A cake decorated to mark the occasion

The Bishop of Woolwich Rt Revd Michael Ipgrave and the Archdeacon of Southwark the Venerable Jane Steen were among the ecclesiastical dignitaries who took part in the service.

A peal of bells was rung from the church tower before and after the Parish Eucharist.

Members of the City of London Choir sang from the gallery during the service.

Chaucer ward councillors Tim McNally and Poddy Clark were also in the congregation.

"As I move on it is the greatest comfort that the future of St George's is secure, positive and exciting," said Fr Andrews in his sermon.

At the end of the service songs were sung by members of the Christ the Resurrection Church – which meets at St George's on Sunday afternoons – and by parishioner Grace Idowu who recalled how Fr Andrews had supported her in the aftermath of the murder of her son David Idowu in 2008.

In 2009 he abseiled down the Guy's Hospital tower to raise funds for the Robes Project winter night shelter for homeless people.

Two years ago Fr Andrews came to national prominence when he was the subject of a Channel 4 documentary called Father Ray Comes Out.