A ground-breaking ceremony was held last week to mark the start of work on the new Walworth Academy building. 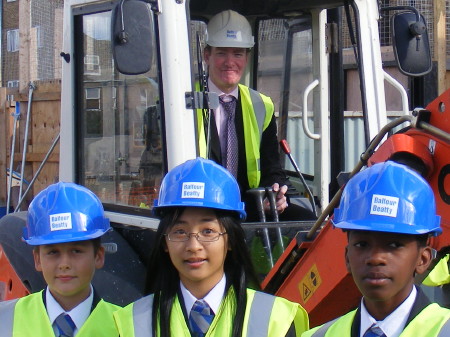 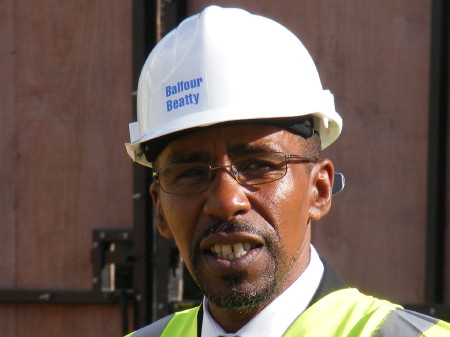 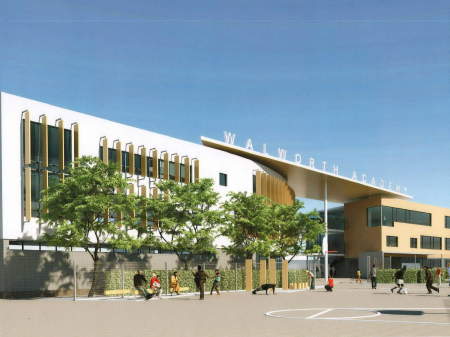 The new academy buildings should be completed in 2010

Council leader Nick Stanton posed in a mechanical digger for a symbolic turf-cutting ceremony. Contractors Balfour Beatty presented the principal and pupils with a commemorative trowel to mark the oaccasion.

Walworth Academy – in common with the nearby Globe Academy – is sponsored by educational charity ARK (Absolute Return for Kids).

The Shorncliffe Road school – just off the Old Kent Road – is the latest to be transformed through the council's Southwark Schools for the Future initiative.

"It's a real pleasure to be here and see something that we've long talked about actually now happening," said council leader Nick Stanton.

He added: "We want to make this a local community school for local families which they take pride in and are wanting to send their kids."

The new buildings – designed by BDP and approved by councillors in May – will enable the academy to bring together all its 1140 students on the same site for the first time when the work is completed in two years' time.

The new academy is being built on the playground of the existing upper school so that pupils can stay in the current buildings whilst the work is under way.

The complex will include a new sports hall which be available as a facility for the community when not used by pupils.

"We were delighted to see the work on building our new academy get under way," says principal Devon Hanson.

"Walworth Academy has very high hopes for all its pupils and we're thrilled with the progress they have made so far.

"These new buildings will be a pleasure to work in and a source of pride for our pupils and the academy. We can't wait to move in. We would like to thank Southwark Schools for the Future for all their hard work on the project."