The House of Commons Environment, Food and Rural Affairs Committee has held a sitting at Borough Market to launch an inquiry into the need to secure Britain's food supplies. 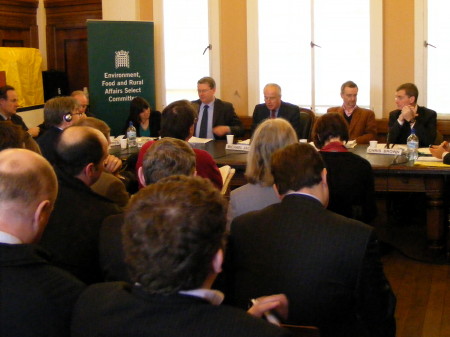 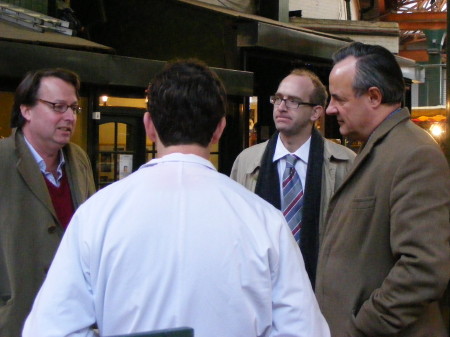 Members and witnesses assembled in the market's boardroom where chairman Michael Jack MP said that the committee, which usually meets at Westminster, thought Borough Market to be a very appropriate place to break some new ground and launch the inquiry. He reminded all participants that remarks made would be on the Parliamentary record.

The inquiry is to look at securing food supplies up to 2050 by examining what actions should be taken by government, the food industry, farmers, gowers and fishermen.

"I welcome this enormously," said Professor Tim Lang from City University. "The issue is not how much food does Britain produce but how much food could be produced and how much should.

"Home productivity is dropping," he warned the MPs. "It is dropping very fast indeed." In answer to questioning Professor Lang deplored Britain's low production of apples and pears and suggested that British people should be eating British apples.

Jenny Linford, author of The London Cookbook, warned about the demise of "basic down to earth" street markets. She welcomed the opportunity provided by Borough Market for Peter Gott of Sillfield Farm and Tim Wilson of The Ginger Pig to bring their food direct to shoppers.

Jan McCourt of Northfield Farm, which has traded in Borough Market for almost ten years, reminded members that the Market was twinned with La Boqueria in Barcelona. He recalled spending a week as a guest trader at La Boqueria and suggested that the committee could not do its job properly without also visiting Barcelona's equally famous market.