Dee Caffari brings Aviva to the Pool of London

Dee Caffari celebrated becoming the first woman to sail solo non-stop both ways around the world by bringing her 60-foot racing yacht Aviva up the River Thames to Tower Bridge and the Pool of London on Monday. 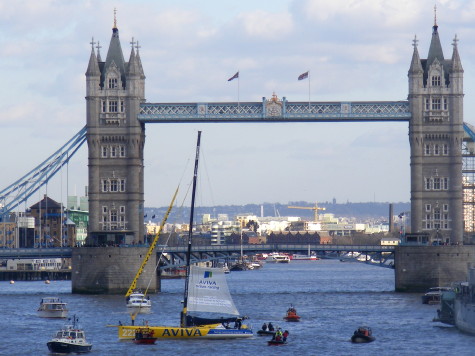 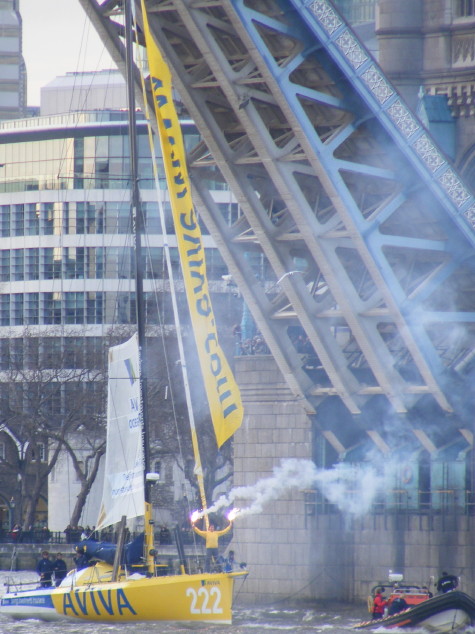 Caffari passes under Tower Bridge for the second time 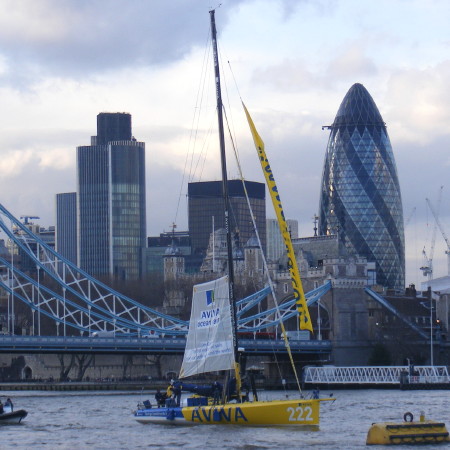 Aviva seen from Butler's Wharf, framed by Tower 42 and the Gherkin

Former teacher Dee Caffari came to promience in 2006 when she sailed into Southampton having successfully become the first woman in history to sail around the world, single-handed, non stop and against the prevailing winds and currents.

She was awarded the MBE for services to sailing in the Queen's birthday honours list.

Last month she finished in sixth place in the Vendee Globe after 99 days at sea.

Caffari has now secured a double world record and become the first female to sail solo, non-stop around the world in both directions.

Her yacht Aviva passed through Tower Bridge at 3.30pm on Monday and spent an hour in the Upper Pool of London before returning downstream to moor at HMS President.