A giant floating crane came to the Upper Pool of London on Friday to salvage the twisted remains of the brow leading from the shore to HMS Belfast which collapsed last month. 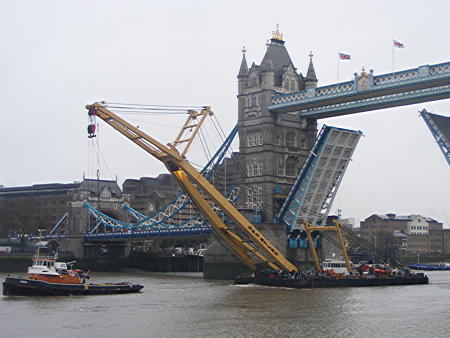 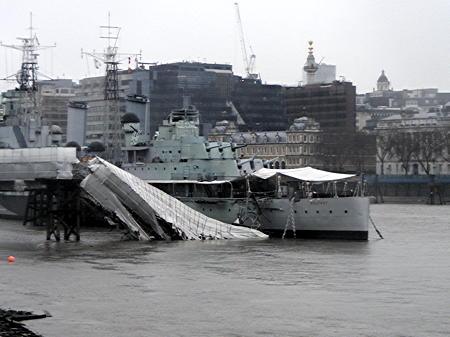 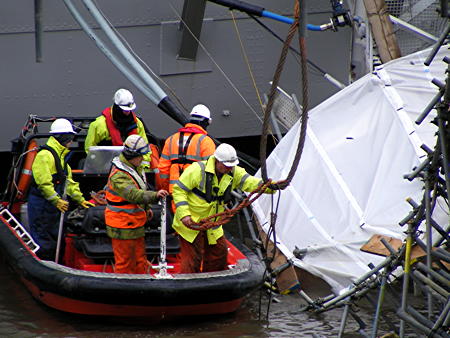 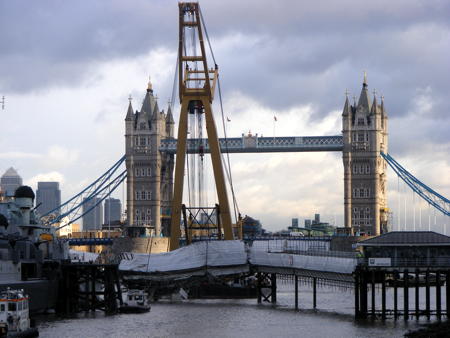 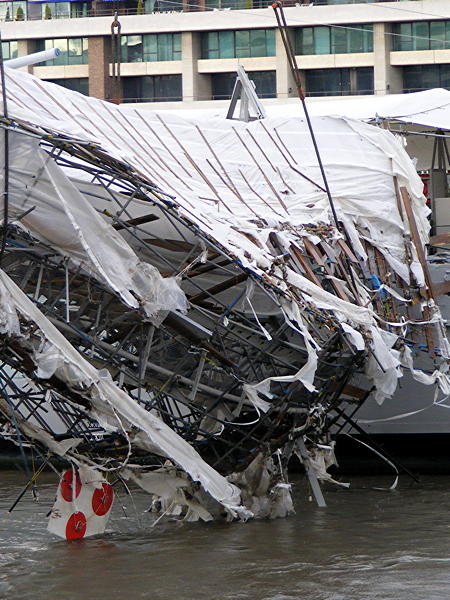 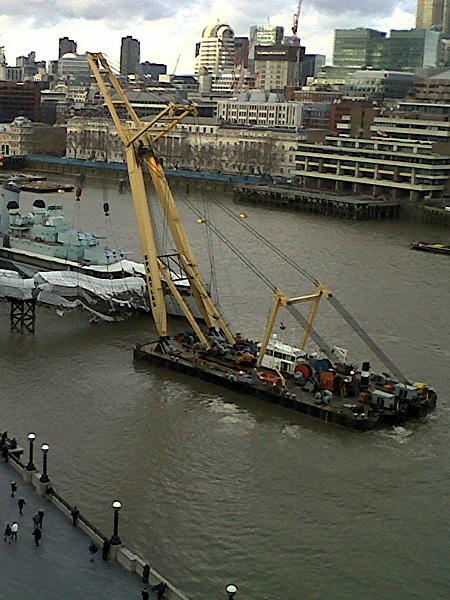 Tower Bridge lifted at 10am on Friday to allow the GPS Atlas sheerleg crane to reach HMS Belfast.

HMS Belfast has been closed to the public since the scaffolding-covered brow collapsed into the Thames on 29 November.

The ship is owned by the Imperial War Museum which refused to comment on how long the closure might last.

"Since the incident we have been working with both the Port of London Authority and the Health and Safety Executive (HSE) to ensure the collapsed gangway presents no immediate risk while we develop a full recovery plan," said an IWM spokeswoman.

"The recovery plan has now been developed and agreed with the HSE and Port of London Authority. Work to implement the plan is underway and as part of this a crane barge (sheerleg crane) is being brought in on Friday 16 December to remove the damaged section of the gangway from the river.

"The ship will be closed until further notice."