A youth work conference on Saturday heard how a summer youth radio station in Waterloo contributed to a 'significant' fall in youth crime in SE1. 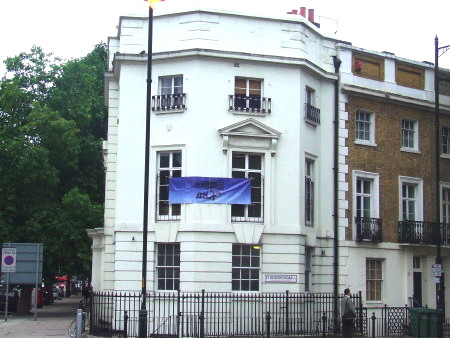 God, Guns and Gangs was the title of the conference for urban youth workers held on Saturday at the Oasis Centre in Westminster Bridge Road.

Youth workers and church leaders listened to young people with backgrounds in urban culture and together discussed what would divert young people from youth violence and gangs.

Steve Chalke, founder of Oasis Global, told the conference: "Crime reduction should never be the sole motivation for giving your time to developing young people – they need to feel they belong, that they are in community.

"At Oasis we have developed a series of hubs around the country where successful initiatives for young people can easily be replicated. Like Southside Radio in Waterloo: during the four weeks it ran last summer the local police confirmed that youth crime dropped significantly in SE1."

Southside Radio – based at the Hub House in Lambeth Road – is led by Steve Chalke's Church.co.uk organisation along with other local groups. For the past four years it has broadcast on FM each August, providing a wide range of activities and opportunities for local young people.

Pete Brierley, community pastor at Church.co.uk and one of the founders of Southside Radio, was recently recognised by the Bank of America with a local hero award worth Ł3,000.

North Southwark and Bermondsey MP Simon Hughes used Saturday's conference to call for all young people to be part of a mentoring scheme: "From primary school, every youngster should have a mentor who has something in common with them, whether computers or sport, who stays with them until secondary school so they build up an association with that person.

"They will be like an extra parent, supporter or god-parent. Secondly, from the age of 14 it's really important that young people start to do some sort of real work experience, because they may have come from a family where the parents don't work at all and this can really change their outlook."

Keynote speaker Leroy Logan, who was awarded an MBE for his work as a police officer in developing community and race relations, urged churches to "know young people's culture, understand what media are influencing them. Get out there and find the talent in young people and nurture it. Let young people know they can change their environment – they don't have to become part of it."