A mosaic and audio installation featuring the works of William Blake - who lived in Hercules Road - can now be found in Centaur Street. 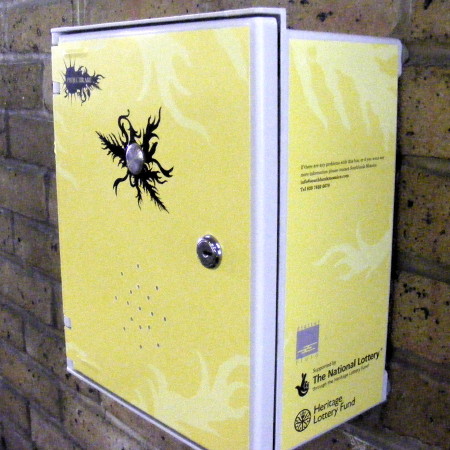 The collaboration between Project Blake and Southbank Mosaics has turned a run-down railway tunnel near Archbishop's Park that most people would have hurried to get out of into a destination in its own right.

24 mosaics of William Blake's work are accompanied by sound boxes of his poems spoken by local residents including the Archbishop of Canterbury.

Blake was a Londoner who was born and died north of the river. Yet he spent a decade (between 1790 and 1800) living in Hercules Road, Lambeth.

"He wrote that he wanted his work enlarged and put up into public space, so this is what the artists and volunteers at Southbank Mosaics have done," says David Tootill who founded the social enterprise based in the crypt of St John's Waterloo. More than 100 people have been involved in making the mosaics.

Tootill adds: "Mosaic is a metaphor for London: all the peoples, tribes, creeds, colours, communities, faiths, religions and freedoms coming together to make a brilliant whole."

The Archbishop of Canterbury Dr Rowan Williams recorded his contribution to the installation last November.

"Lambeth Palace, the official London residence of Archbishops of Canterbury since the 13th century, would have been familiar to Blake as it was a short walk from his home in Hercules Buildings – though he would not have had much time for the official Church of his day," said Dr Williams.

"But the borough has special associations for both of us and I am delighted that Project Blake has brought us together."

All the recordings – which were made by local residents, school children, business people and high-profile artists – can be heard online here.