An attempt to increase the number of big-payout gambling machines in a new adult gaming centre has been criticised by a councillor who has warned that the centre could exploit vulnerable people. 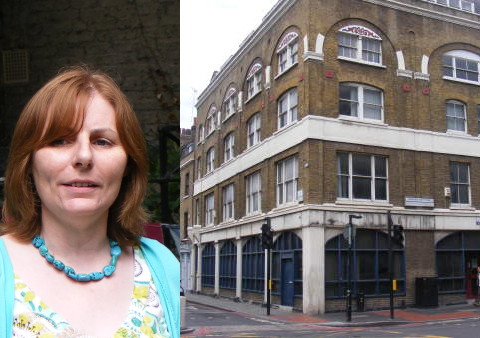 Frankice (Golders Green) Limited, which is converting the former Jobcentre on the corner of Union Street and Borough High Street into a gaming centre, had applied to vary its current licence for a single gaming centre and seek three new licences.

It is just over a year since planning permission was granted by Borough & Bankside Community Council for the change of use of the building.

Cathedrals ward councillor Adele Morris told Southwark's Licensing Committee last week that the applicant had already begun subdividing the ground floor into four units despite the fact that planning permission had not been granted for the related external changes to the building.

The applicant sought four separate gaming licences to cover the four units. This would allow the number of high payment machines to be increased from the four permitted under current permission to sixteen. However, shortly before the licensing hearing Frankice reduced the request to two units.

"The government has agreed to draw up a code of practice limiting bookmakers to four machines per venue," said Cllr Morris. "This application is deliberately designed to flout that rule which was put in to protect the most vulnerable in our society."

Cllr Morris sought to stress the building's proximity to schools and highlighted the number of families passing the junction.

She said that evidence from the first NHS gambling clinic suggested that high-stakes gambling machines were causing serious addiction problems.

"As debts build up people turn to other sources of money such as theft or the sale of drugs. A lot of this pressure comes from bookies or loan sharks that people rely on for capital to gamble with. Also, a teenager who does not receive treatment for pathological gambling when in their desperation phase may turn to suicide."

Licensing officer David Franklin, in advising rejection of the application, said that areas of a building that are artificially or temporarily separated cannot be properly regarded as different premises.

Southwark Council's planning department submitted two representations and also suggested that subdividing the premises was likely to result in the intensification of the site as a gaming centre with a resulting loss of amenity to adjoining occupiers.

The sub-committee, in rejecting the application, expressed its "concerns as to the protection of children and vulnerable persons from being harmed or exploited by gambling and felt that the division of the premises would lead to an increase in gambling in the area and therefore increase the risk of such harm".