Management of Lower Marsh market in Waterloo is to be transferred from Lambeth Council to a professional market operator, it was announced last week. 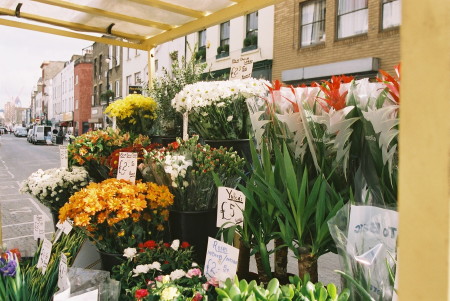 Lower Marsh market has declined in recent years and now has a handful of regular traders.

Lambeth Council now plans to outsource the management of the street market to a professional market operator with the aim of establishing a sustainable, thriving street market.

A similar project in Barking means that the market is regularly full to capacity with traders.

Whilst occasional themed markets have visited the street, poor publicity means that there are few additional shoppers so custom is spread more thinly around all the shops and traders.

Current traders complain that the existing market management based in Brixton is remote and out of touch with what's happening in Waterloo. It is planned that the new operator will be based in the offices of Waterloo Quarter BID to ensure close liaison between market operations and the retail premises on Lower Marsh.

"Lower Marsh could be a fantastic bustling market and a real asset to the area, but for a variety of reasons it's not doing as well as it should be," says Cllr Sally Prentice, Lambeth's cabinet member for environment.

"With more and more shopping being done online these days, traditional markets need a competitive edge, so it makes sense to employ a professional market operator that can l bring the expertise to make a commercial success of the operation, creating a thriving, bustling market for residents and visitors.

"A regenerated market will also provide services and employment opportunities for local people. We are happy to be working with committed local partners to bring about this change."

Helen Santer, director of operations at the Waterloo Quarter BID, says that a rejuvenated market "will give the area a real lift".

• The tender document for professional market operators is available on the Tenders Electronic Daily website www.ted.europa.eu and was posted on 18 June with reference 166646-2009

• An African Street Market is to be held in Lower Marsh on Saturday 25 July.

On Wednesday night Lambeth's planning applications committee voted to refuse planning permission for the redevelopment of 26 Lower Marsh at the corner of Frazier Street (opposite Greensmiths) with a smaller shop unit and six new flats behind a retained frontage on Lower Marsh.

Opposition was led by Greensmiths owner Chris Smith, Michael Ball of the Waterloo Community Development Group and Cllr Diana Braithwaite who objected to the loss of retail space in the Waterloo shopping centre.

Members of the committee were also unimpressed by the "rather bulky and monolithic" building planned to replace the former corn chandler's warehouse on Frazier Street.