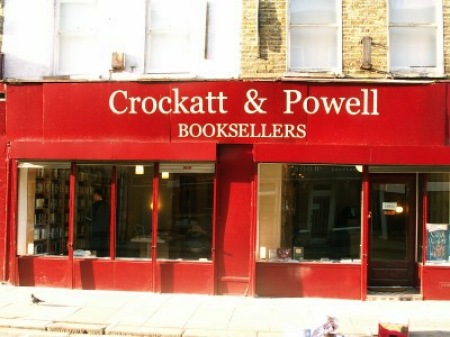 The independent bookshop opened in Waterloo shortly before Christmas in 2005.

Matthew Crockatt denied that the closure was the result of the credit crunch but instead blamed their own decision to open a branch in Fulham Road across the river last year. This shop, which recently switched to selling remaindered books, closed last month.

The original shop in Lower Marsh shop has hosted several events including a poetry parlour. In 2007 Marie Phillips returned to launch her novel Gods Behaving Badly at Crockatt & Powell where she worked.

When the final Harry Potter novel was published the shop did not complain about discounts at supermarkets but instead offered Harry Potter and the Deathly Hallows at the cover price and for every copy sold gave £9 to Johanna Primary School to spend on books.

"That's life and we have no regrets" said Matthew Crockatt. "It's been a quite brilliant ride as far as we have been concerned. The last six months were hard but the rest has been fun."

Adam Powell said: "We have had a good time. We shall miss Lower Marsh."

The shop will be open for final time at lunchtime on Thursday 30 July.