Ex-rapper ‘Napoleon’ flies in from LA for Rockingham Youth Festival

Mutah Beale, also known as Napoleon, was the star guest at this year's Rockingham Youth Festival in Newington Gardens on Friday. 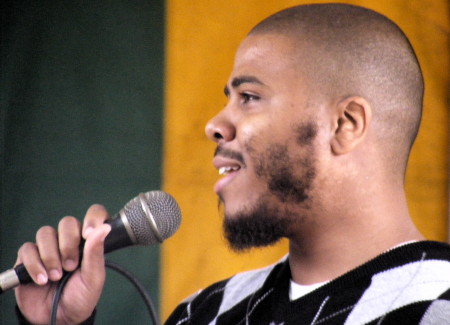 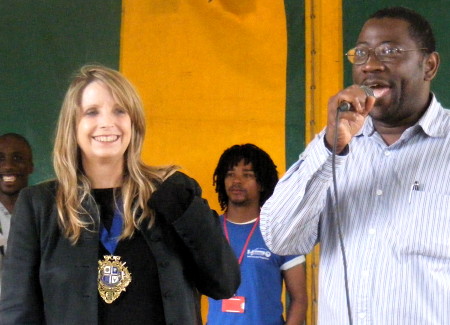 Napoleon, a former member of Tupac Shakur's rap group the Outlawz, topped the bill at the festival for local young people held in Newington Gardens alongside the Rockingham Estate.

"I flew all the way from Los Angeles California to be here with you guys today," said Napoleon.

Napoleon has eschewed hip-hop in favour of Islam and now tours the world warning of the dangers of both hip-hop culture and Islamic extremism.

"When I was growing up in my neighbourhood, to have an event like this I would really appreciate it," he said. "But some of us these days take it for granted, unfortunately."

He added: "So basically you guys have got to show some love, have a good time and everybody has to leave this place with something positive to go back to your neighbourhoods.

The festival was also addressed by Cllr Mackie Sheik, chair of Borough & Bankside Community Council, and was declared open by the Deputy Mayor of Southwark Cllr Robin Crookshank Hilton.

The Rockingham Youth Festival is organised by The Bengali Community Development Project with support from Southwark's Preventing Violent Extremism programme and other partners.