Poppy wreath laid on the Thames during Armistice Day service

A service of remembrance was held on board the MV Havengore on Wednesday morning. A wreath was placed on the water of the Thames between the Houses of Parliament and St Thomas' Hospital. 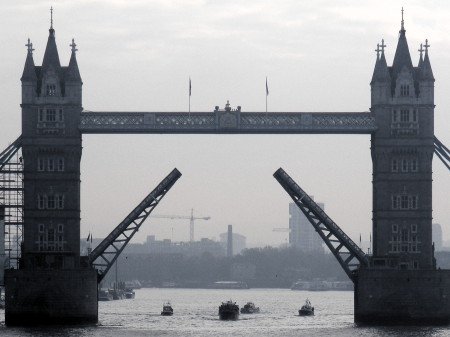 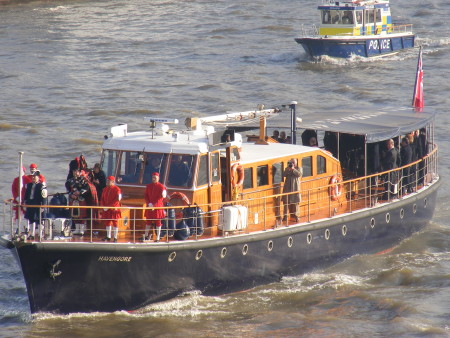 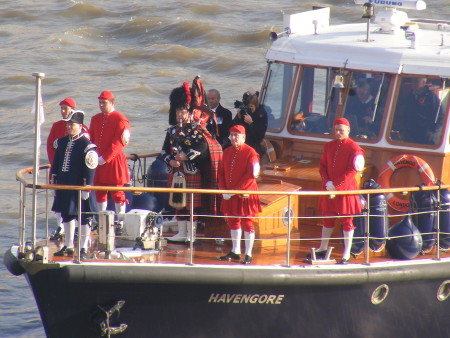 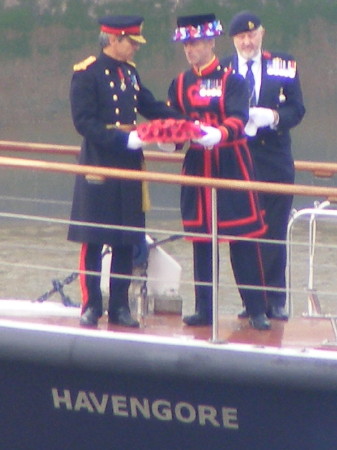 A wreath is dropped from the front deck of the Havengore 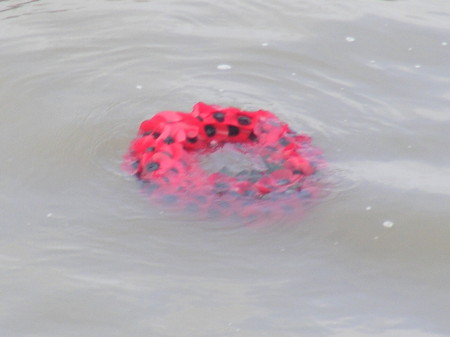 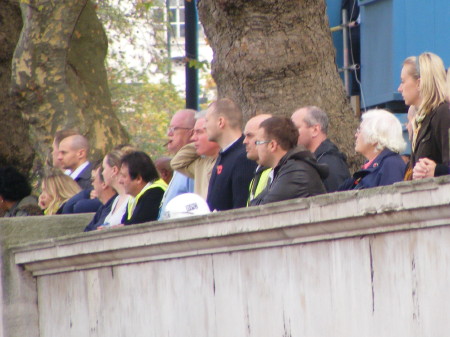 Tower Bridge lifted at 10am as a symbolic gesture as Havengore, escorted by a harbourmaster vessel, a police boat, a fire boat and an RNLI lifeboat, passed into the Upper Pool of London.

MV Havengore is best known for its role in Sir Winston Churchill's waterborne funeral procession in 1965.

A service of remembrance was held on board the boat once it arrived alongside St Thomas' Hospital.

The service was led by Revd Roger Hall (chaplain to the Tower of London) and music was provided by Cotswold Male Voice Choir.

Hymns including 'O God our help in ages past' were audible from the Albert Embankment walkway.

Just after 11am a wreath was placed in the waters of the Thames.

The Havengore service was held for the first time this year although it is a revival of a previous custom when the boat carried members of the â€˜Goldfish Club' – men of the Royal Air Force who had been rescued from the sea after ejecting from their aircraft – for Remembrance Sunday observances.

Meanwhile acts of remembrance were held at the Imperial War Museum – where the Last Post and Reveille were sounded by a member of the Band of the Brigade of Gurkhas – and at the memorial arch at Guy's Hospital.

The London Eye came to a standstill at 11am and staff lined up along the riverside to observe the two-minute silence.