Almost 400 striking civil servants gathered at Geraldine Mary Harmsworth Park prior to a march to Westminster. 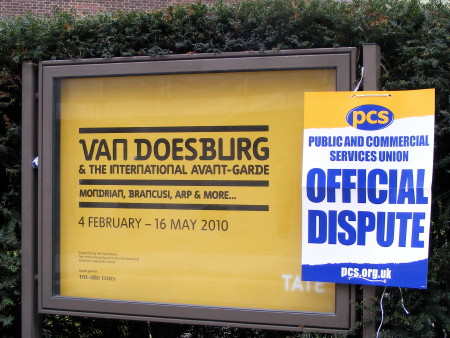 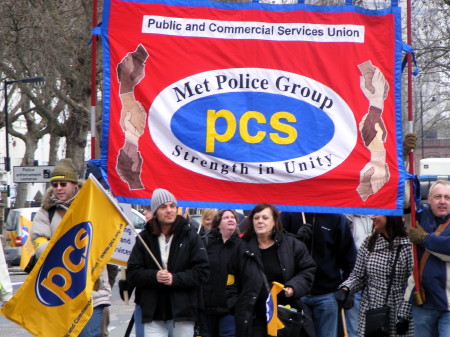 The route was down Lambeth Road to cross the Thames at Lambeth Bridge to take the protesters past the Metropolitan Police control centre where pickets received a cheer.

The marchers were all members of the Public and Commercial Services Union (PCS) involved in a two day protest against the government's proposals to cut redundancy payments.

Staff at the police control centre fear that they will be made redundant and replaced with police officers. The union claims that up to a third of entitlements, amounting to tens of thousands of pounds, could be lost if staff are forced out of a job.

Tate Modern was partially closed on Monday and Tuesday. For a time there was a picket line at the staff entrance in Park Street.

However, the gallery's management has been keen to stress that Tate is not directly engaged in a dispute with PCS locally.

"This is a dispute arising from the negotiations that have been taking place between Cabinet Office and the Central Civil Service Unions about the changes to the Civil Service Compensation Scheme," said a statement from the gallery.

"Tate enjoys a constructive relationship with the recognised trade unions, including PCS."