HMS Belfast held a St Patrick's Day party in the ship's company dining hall to launch its new facilities as an event venue. 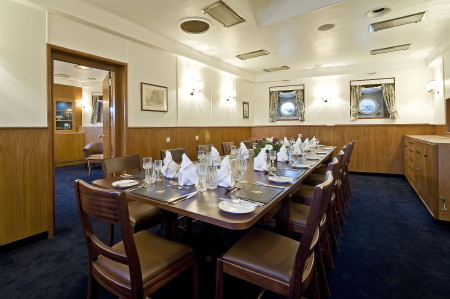 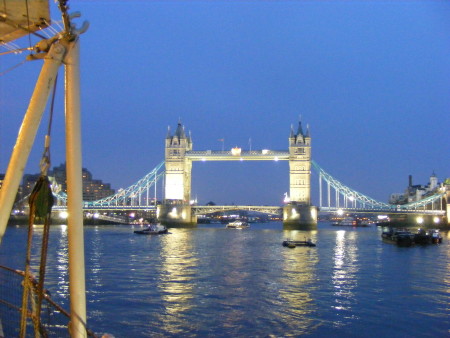 Guests can enjoy great views of Tower Bridge from the deck

Wednesday 17 March was the 72nd anniversary of the launch of the former Royal Navy cruiser at Harland & Wolff shipyard in Belfast. The ceremony in 1938 was performed by Anne Chamberlain, wife of the prime minister Neville Chamberlain. Just 18 months later the Second World War was declared.

"It fired the first shot on D-Day," ship's director Brad King reminded guests. "We were involved in the Korean War and the gruelling Atlantic convoys. Great decisions were made on this ship."

The director of the museum ship praised the È250,000 restoration by caterers Sodexo which has put parts of the ship back to its 1959 configuration.

He declared that nothing, except maybe dinner in Nelson's cabin, could better dinner in the admiral's quarters on HMS Belfast. Meals will be presented on a new Belfast crested dinner service.

The gun room and the ship's company dining room have also been updated and modernised with new carpets, AV equipment and broadband.

Guests arriving for the St Patrick's party were piped aboard as will be those attending corporate events. Hot chocolate was served on the quarterdeck as guests departed.

To add to any occasion, future guests will be able to celebrate the traditional naval 'Up Spirits' with a ration of rum served in a copper cup.

HMS Belfast remained in service until 1965. She has been moored in the Pool of London since 1971 and is now part of the Imperial War Museum.

Profits from corporate hire of the ship help to keep the historic vessel in good condition.

• Find out more about hiring HMS Belfast as an events venue at www.prestigeexperience.co.uk