Behind the scenes at the new Blackfriars Thameslink station

The London SE1 website joined Simon Hughes MP and Cllr Adele Morris for a tour of the Blackfriars Station building site at Bankside. 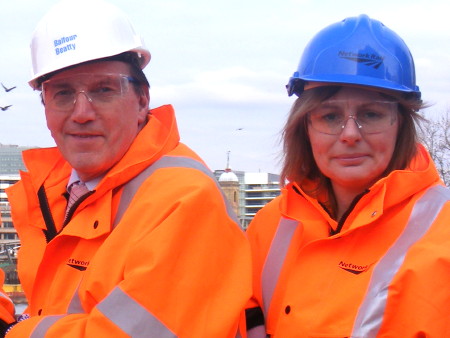 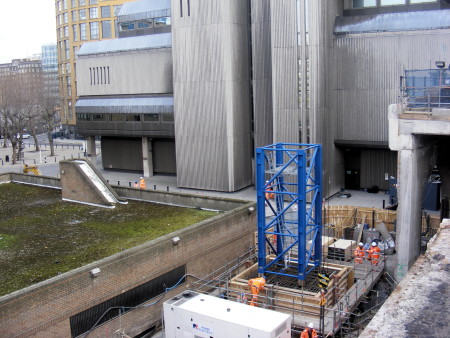 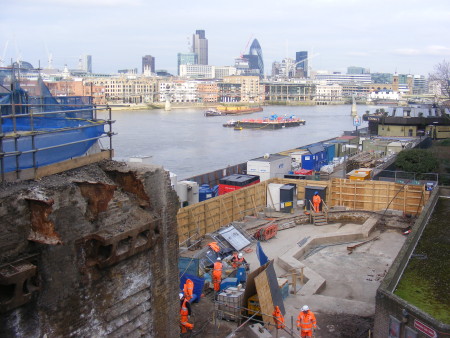 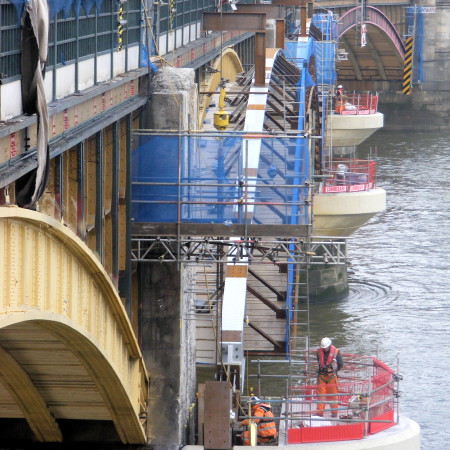 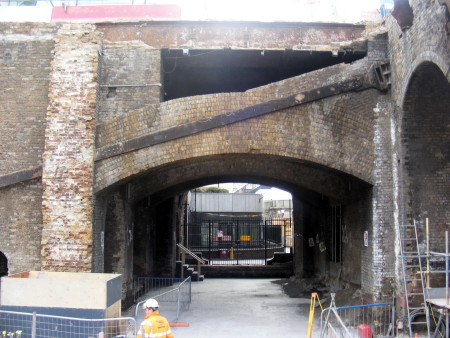 Until last autumn the Thames Path passed underneath these arches. When work is complete a new ticket hall with lifts and escalators to platform level will occupy this space. 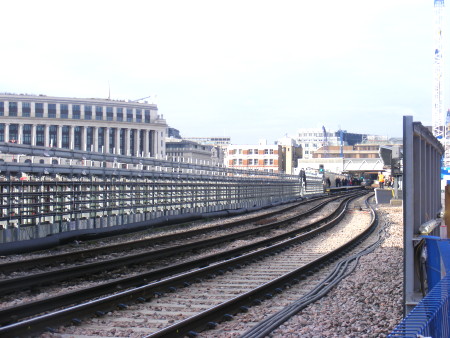 First Capital Connect trains are running on the western side of the bridge whilst the eastern half of the new station is built. Later in the year train services will switch to the other half of the bridge.

Prime Minister Gordon Brown and Chancellor Alistair Darling toured the construction site for the new cross-river railway station at Blackfriars on Budget day, but local residents may be wondering exactly what is happening behind the hoardings.

The Thames Path has been diverted inland to Southwark Street and Blackfriars tube station has been closed on the north bank whilst the new station is constructed. The eastern pavement of Blackfriars Bridge is also closed to pedestrians.

Work at Blackfriars was due to be completed by the end of 2011 but Network Rail recently admitted that the station may not now be ready till early 2012.

Recently we were able to accompany North Southwark and Bermondsey MP Simon Hughes and Cathedrals ward councillor Adele Morris on a visit to the site.

New steel ribs have been installed on the eastern side of the railway bridge to support the new wider platforms which will span the entire width of the Thames. Many of the materials have been delivered by barges on the Thames.

Work is currently under way on the eastern side of the railway bridge whilst train services continue to run on the western half of the bridge.

Later in the year builders will turn their attention to the upstream side whilst trains will run on new tracks on the downstream side.

Earlier this month a new tower crane was installed on Bankside between Ludgate House and Falcon Point.

The new Bankside ticket hall will feature lifts and escalators up to platform level, as well as some small retail units.

"The extension of Blackfriars Station to the south bank is a very exciting development in London's transport system," says Simon Hughes.

"For the first time we will have a station which goes from one side of the river to the other. This will also make it much easier for people to change from the Jubilee line Southwark station to Blackfriars – although it's just a pity that the Jubilee line extension wasn't a little bit further north which would have meant there could have been an interchange without the short walk.

"London generally and Southwark in particular are now going through a major period of transport works in construction and engineering. Not just at Blackfriars but with the much more controversial plans for the new viaduct at London Bridge and the changes to the South London line."

Transport ministers recently told Parliament that the overall Thameslink Programme, which includes major upgrades at Blackfriars and London Bridge to enable more frequent services and longer trains, will not be completed until 2016. The project had previously been expected to be finished in 2015.