The result came as no surprise but activists had waited all night to hear confirmation at 8.30am that Kate Hoey had comfortably won the election in the Vauxhall constituency. 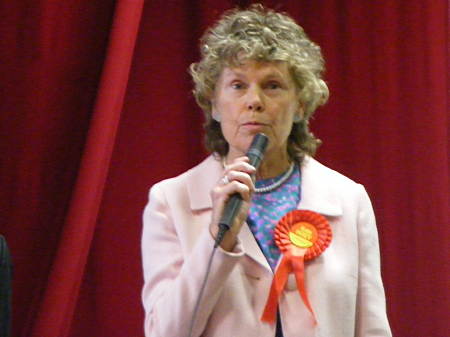 Kate Hoey speaking after the declaration at Lambeth Town Hall 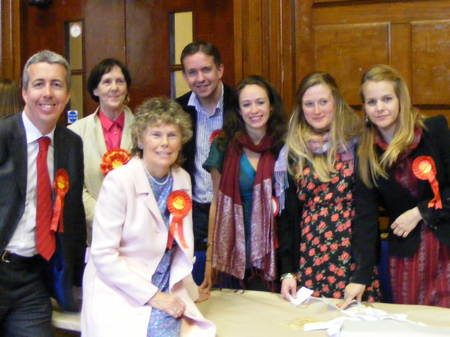 The declaration was made at Lambeth Town Hall in Brixton by the Mayor of Lambeth, Cllr Christopher Wellbelove.

The Lib Dem candidate was London Assembly member Caroline Pidgeon who might have hoped to dent Kate Hoey's majority.

Although Hoey's share of the vote declined slightly she achieved a small swing from Lib Dem to Labour in this constituency which stretches from the South Bank to Clapham.

Kate Hoey, who chairs the Countryside Alliance, was targeted in this election by the Animal Protection Party who waged a personal campaign against the pro-hunting MP but the party polled just 96 votes.