The funeral procession of George Dyer paused in Snowsfields on its way from Rotherhithe to Holy Trinity Church at Dockhead on Saturday morning. 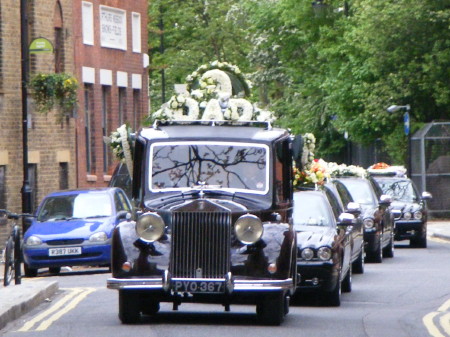 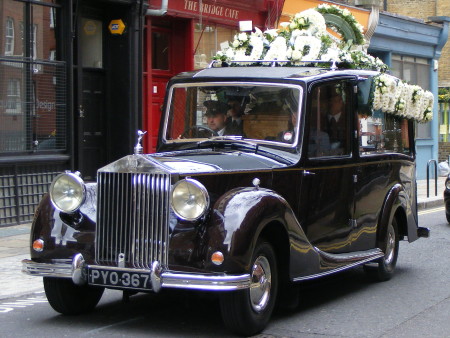 The detour by the funeral procession on Saturday morning was made because the orginal Albin's shop and stables was in Snowsfields.

The coffin was carried in a specially made vintage Rolls Royce hearse commissioned by the two friends and often driven by George after the demise of horse transport.

He managed Albin's in Jamaica Road until 1985 when his son Barry bought the business. Barry Albin-Dyer now runs Albin's with his sons Simon and Jonathan.

Earlier in the day George's son and grandsons had walked behind the hearse as it passed through the Blue. After Snowsfields the procession turned into Weston Street where George lived.

George Dyer is survived by his wife Joan.