A large congregation gathered at St George's Cathedral on Wednesday evening to remember Barry Albin-Dyer at a Requiem Mass celebrated by the Archbishop of Southwark. 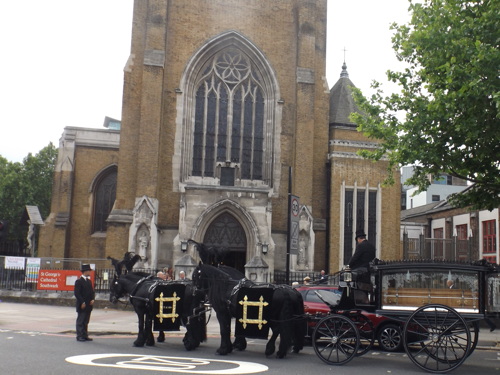 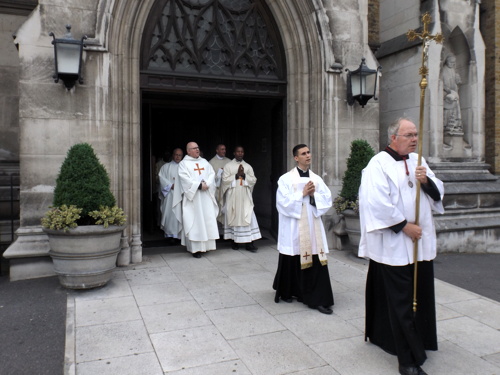 The procession of clergy leaving the cathedral 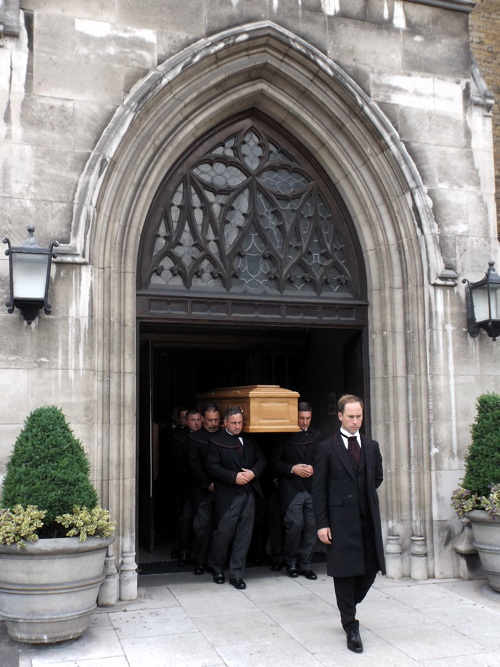 Probably Britain's best-known funeral director, Barry Albin-Dyer died on 6 June. He had been diagnosed with a brain tumour in 2013.

The Anglican Southwark Cathedral was represented by the succentor, Revd Stephen Stavrou.

Barry Dyer was born at Guy's Hospital in 1951 and his first home was in Weston Street, close to the original premises of FA Albin's funeral directors in Snowsfields.

He was educated at Bacon's School in Page's Walk where he became head boy.

His father George Dyer was a senior manager at Albin's and Barry got a holiday job with the firm at the age of nine.

Known as 'Barry from Albin's' from a young age, he changed his name to Barry Albin-Dyer when he took over the long-established funeral firm in 1985.

Albin-Dyer was awarded the OBE in the Queen's birthday honours in 2010 in recognition of his work on the repatriation of the bodies of British soldiers killed in Afghanistan.

The following year the whole company of FA Albin & Sons was awarded the freedom of the London Borough of Southwark by unanimous vote of the council.

Albin-Dyer had also served as a magistrate and a deputy lieutenant of Greater London.

• Barry Albin-Dyer's Funeral will be held at Holy Trinity Dockhead on Saturday 20 June at 11.30am. Details of the route of the funeral cortege will be published shortly at www.albins.co.uk