Bermondsey and Old Southwark MP Simon Hughes, who missed out on a ministerial job in the coalition government, has been elected as the deputy leader of the Liberal Democrats. 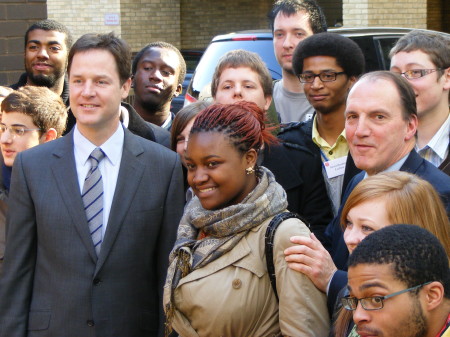 Simon Hughes launched his campaign to replace Vince Cable as the party's deputy leader at the Salmon Centre in Bermondsey last month.

The only other candidate for the deputy leader post, which is elected by the Lib Dem parliamentary party, was Westmorland and Lonsdale MP Tim Farron.

"It is an honour and a privilege for me to follow Vince Cable as the new deputy leader of the Liberal Democrats," said Simon Hughes on Wednesday night.

"This is not a responsibility I will ever take lightly.

"I will fight every day for the principles which underpin our party: fairness, freedom, openness, equality, stewardship of our environment and standing up for those who cannot stand up for themselves.

"I will work tirelessly with Nick Clegg and all other Liberal Democrats to help liberal democracy blossom and flourish throughout the land."

Nick Clegg described Simon as "a tireless campaigner, a relentless fighter for the vulnerable and marginalised in our society, and one of the hardest working MPs Parliament has ever seen".

Simon Hughes has twice stood unsuccessfully for the leadership of the party. He has also stood as the Lib Dem candidate for Mayor of London.