Several hundred Catholics joined a procession of the Blessed Sacrament on Saturday from Westminster Cathedral to St George's Cathedral in Southwark to celebrate the first anniversary of the Pope's visit to London. 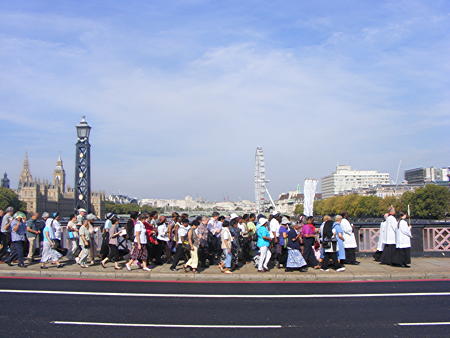 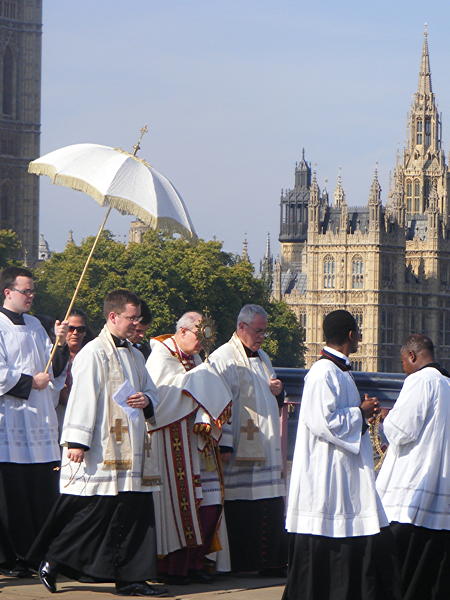 The Blessed Sacrament was carried by Bishop Alan Hopes whilst those joining the procession sang hymns and prayed the Rosary.

It is just over a year since Pope Benedict XVI travelled across the bridge in his Popemobile after a visit to Lambeth Palace.

The procession concluded with a service of Benediction at St George's Cathedral.

In 1847, after ordination in Rome, Newman celebrated his first Mass in England at St George's.