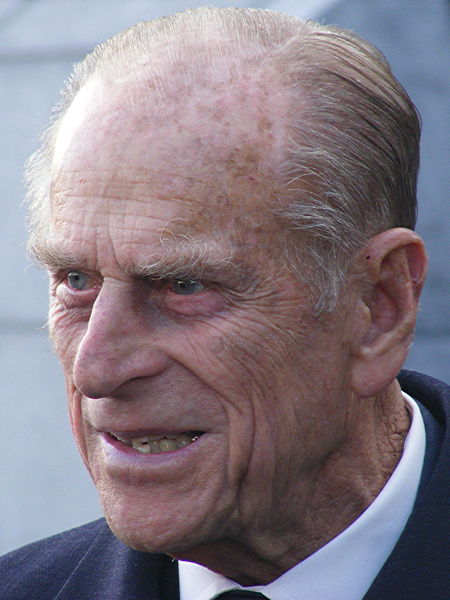 The Duke of Edinburgh arriving at HMS Belfast 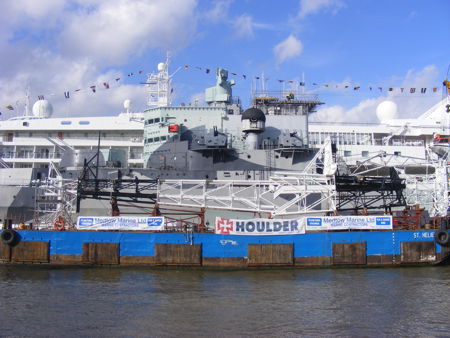 The new masts were delivered by barge in September 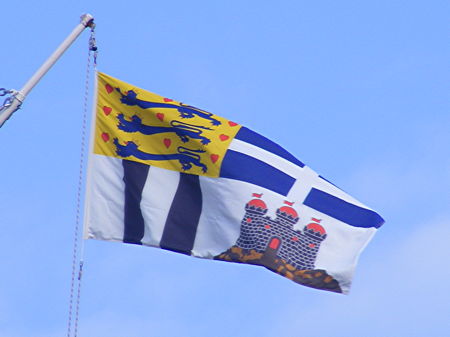 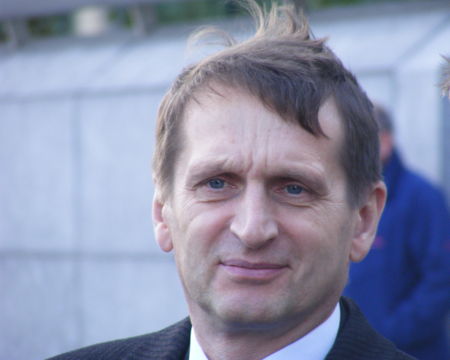 Sergei Naryshkin, head of the Russian presidential administration, travelled from Moscow to attend the event on board HMS Belfast 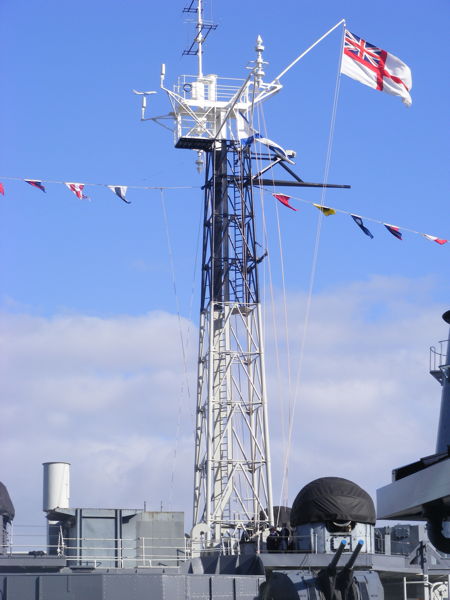 One of the new masts

The project to create new masts to replace the rusting originals began in April 2009 at Severnaya Verf shipyard in St Petersburg. The masts were completed in May this year and shipped to Tilbury where they were placed on a barge and brought upstream to the Pool of London.

The new masts are a gift from the Russian government and Russian companies in recognition of HMS Belfast's role in defending the Arctic Convoys during the Second World War.

Russian veterans of the Arctic convoys from Arkhangelsk, Yuri Kopytov and Georgi Evtukov, came to London to attend the dedication ceremony.

A gun salute was fired as part of Tuesday morning's event.

The ceremony was attended by the head of the Russian presidential administration Sergei Naryshkin.

"This restoration project of HMS Belfast masts is a brilliant example of Russian generosity and respect for the historical friendship between Russia and Britain," says Eugene Kasevin who organises the annual Victory Day event on board the ship.