Work starts on Novotel and Ibis hotels in Blackfriars Road

Work has started on the construction of two new hotels in Blackfriars Road which will be open in time for the 2012 Olympic Games. 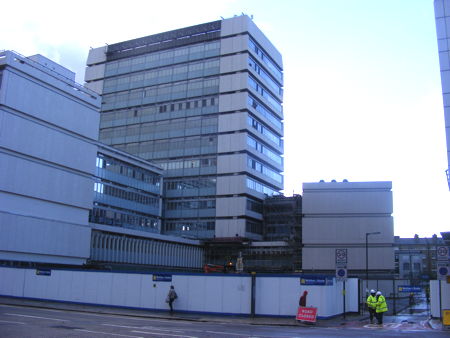 Southwark's planning committee approved the development – by Irish firm McAleer & Rushe – more than a year ago.

This week Accor confirmed at the World Travel Market that it is the operator of the two new hotels to be built next to BT's Colombo House on Blackfriars Road.

The eastern end of Meymott Street has been closed to traffic and pedestrians whilst construction takes place.

The 297-room budget Ibis London Blackfriars will have more modest facilities for its guests.

"The development continues Accor's strategic and ambitious expansion in the UK – and particularly in London – with the Novotel and Ibis brands," says Jean-Jacques Dessors, chief operating officer of Accor UK and Ireland,.

"We look forward to welcoming new guests to both hotels in time for the London Olympics."

The site of the Blackfriars Road development is close to the Hilton London Bankside which is also currently under construction.