Bermondsey & Old Southwark MP Simon Hughes has spoken to the London SE1 website about the controversial tuition fees vote in the House of Commons on Thursday. 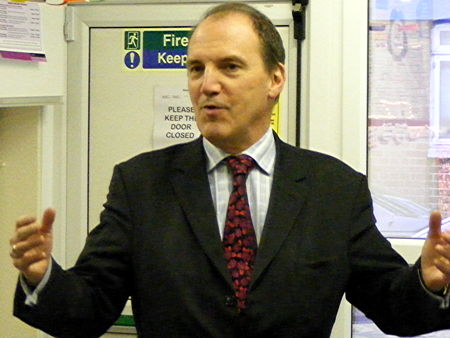 The Lib Dem deputy leader had come under pressure from members of his local party to vote against the Government's proposals to raise the cap on university tuition fees, but he eventually decided to abstain in the crucial House of Commons division on Thursday evening.

In a message posted on his website, Simon Hughes said: "I decided that if I had voted against the government and all Liberal Democrat ministers I could have undermined the coalition and our leadership, both of which I continue to support strongly."

Speaking to the London SE1 website on Friday, he said: "Obviously I regret that we have moved to a higher tuition fee regime.

"But I have already made sure with colleagues that lots of people from poorer and more disadvantaged families will get a better deal than they get now.

"There is more work to be done and I have made it clear that I want us to find a fair solution for the replacement for education maintenance allowance which affects lots of people in a borough like ours and to have a really tough regime that does not allow any college or university to charge more than Ł6,000 unless it is in exceptional circumstances and they open their access to all the community.

"If we can lift the threshold further to make it a higher level before you repay – and I hope this will be good news coming – which means that certain courses which after the initial announcement were not going to be funded by the taxpayer will after all be funded in areas outside science and technology. So it won't just be science and technology that gets public money.

"So for me it's a beginning of a process not an end."

The MP described as "hugely valuable" meetings with sixth formers and students in Southwark over recent weeks.

"Some very good points from them I have fed into the system and I hope they will feel directly connnected with the poilitcal process whatever their view about the specific decisions of this week."

Mr Hughes's political opponents have lined up to attack him for abstaining.

Thursday was a "bad day for democracy" according to Southwark Council leader Peter John.

Writing on Twitter, Cllr John said: "He has broken a pledge. As simple as that. If John Prescott or Harriet Harman had not voted for government policy they would have had to resign. Not the same rules for Lib Dems?"

"Bright, able pupils from modest backgrounds won't be able to afford university," she wrote. "Many, many Southwark pupils [will be] affected."