Helen Firminger, director of Bankside Open Spaces Trust, this week addressed Southwark's cabinet on behalf of groups whose work is likely to be hit by swinging cuts to the borough's environment and ecology programme. 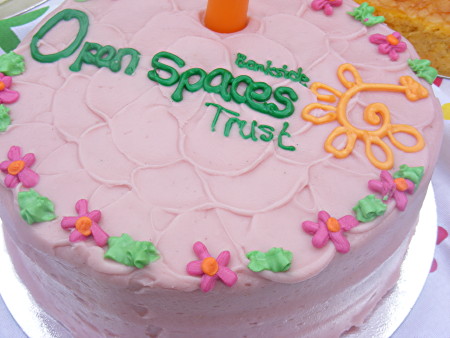 The environmental groups formed one of 13 delegations who spoke at Southwark Town Hall on Tuesday night as the nine Labour cabinet members prepare to agree their final budget recommendations.

In the current year the programme provides Ł311,536 of funding to seven projects across the borough. The council proposes to cut that amount by Ł184,000 in the next financial year and by Ł61,000 in the following year, potentially leaving seven organisations chasing just Ł66,536 in 2012-13.

This Ł311,536 funding from the council enables the six organisations represented in the delegation to bring in a further Ł1,035,464 from other sources and to employ a total of 45 staff.

Without the cash from the council, external funders would be less likely to support the organisation's work maintaining and improving local green spaces.

The delegation highlighted the valuable volunteering opportunities provided by the environmental projects in the borough. Ms Firminger said that volunteering provided a valuable stepping-stone for people who have been out of work for an extended period due to illness or parenting responsibilities and were not yet ready to enter the workforce full-time.

Ms Firminger also pointed out that if organisations like BOST were to fail, the council would face increased costs to maintain publicly-owned parks – such as Red Cross Garden – which are currently looked after by the voluntary sector.

Council leader Peter John admitted that the scale of the cuts to the green projects "sounds pretty desperate" and said that he had spoken to the cabinet member for environment, Cllr Barrie Hargrove, about the possibility of the council entering into contractual arrangements with local environmental projects rather than providing a block grant.

"Hopefully it's not quite as bleak as the paper appears," he said.