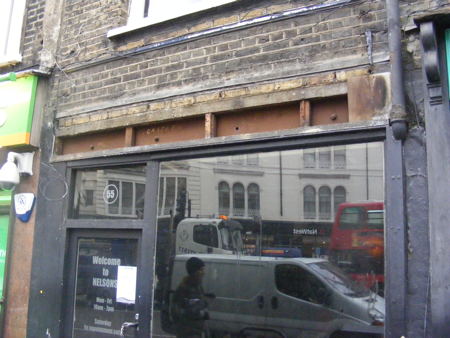 The coffee chain had applied to Southwark Council for listed building consent and advertisement consent to install a new shopfront and fascia (and to make internal alterations) at 55 Borough High Street.

The shop, which is in a grade II listed building, was until recently occupied by Nelsons Lettings who have relocated to Maidstone Buildings Mews.

Last month Starbucks announced plans for the walk-through shop which would be just 17 feet wide and have no seats.

Now Southwark Council has refused to grant listed building consent for the company's planned alterations on that grounds that "the proposed shop front and fascia, by virtue of scale, design, appearance and materials would result in an incongruous and unsympathetic development that fails to preserve or enhance the setting of a grade II listed building and is detrimental to the special architectural or historic interest of the grade II listed application building".

Council officers ruled that the plans would be "unduly harmful to designated heritage assets" and would contravene Southwark, London and national policy.

UPDATE: "Following feedback from Southwark Council, we have worked closely with the local planning officer to revise our shop front and signage proposal for our new Starbucks store on Borough High Street to be in keeping with local planning policies," said a company spokesperson.

"A revised planning application will be submitted to the council over the coming week."