Southwark Council's cabinet has partially backtracked on proposals to cut funding for environmental projects in the borough - such as Bankside Open Spaces Trust - by 78 per cent. 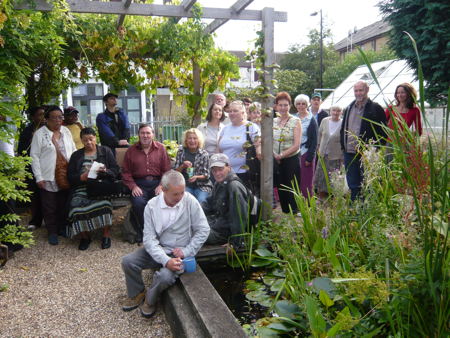 Last week we reported that Bankside Open Spaces Trust was one of half a dozen environmental groups in Southwark that had taken part in a delegation to the borough's ruling cabinet to urge councillors to seek alternatives to the 78 per cent cut set out in the draft budget.

BOST joined forces with Walworth Garden Farm, Surrey Docks Farm, London Wildlife Trust, Trust for Urban Ecology and the Pumphouse Educational Museum to make the case for the environmental, health and social benefits of the organisations' work in the borough.

On Tuesday the cabinet met to consider changes to the budget proposals in the light of evidence from the 13 delegations who made presentations at last week's meeting.

Now the cabinet has decided that it will commission extra services from the affected environmental organisations so that the cumulative effect of the cut is a reduction of no more than 28 per cent of the current budget.

"BOST trustees welcome Southwark's proposal to continue to work with ourselves (and other related projects) providing financial support through commissioning rather than grant aid," said Bankside Open Spaces Trust in a statement on Friday.

"We believe Southwark councillors and staff are doing their best through an extremely challlenging time. However, we do not as yet have an agreement as to how this will work, which of the projects will be supported, and what will be commissioned from them, which leaves us still uncertain of our future.

"Needless to say our trustees' prime concern is to protect BOST's work building social cohesion in local communities around our green places. Particularly as the impact of the recession becomes apparent, we are concerned that there will be greater need for services including informal training, building work experience for young people, providing regular contact to vulnerable groups, supporting mental well-being through volunteering and contact with green places, and contributing to a sense of place-making in the local community.

"Many residents remember the state of our precious local parks through the last recession, and the transformation wrought in the last twelve years through BOST and its partners. We are keen to protect both the physical state of these places and the sense of connection created by all the people who have helped contribute to their design and maintenance over these years."

The budget will be debated and approved by councillors at Council Assembly at Southwark Town Hall on Tuesday 22 February.

The opposition Liberal Democrat group will table its budget proposals at next week's meeting. The Lib Dem alternative budget maintains the environment and ecology grants programme at 100 per cent of the current level.