Transport for London is to review the timings of the traffic lights at the junction of Borough High Street and Newcomen Street after complaints from residents. 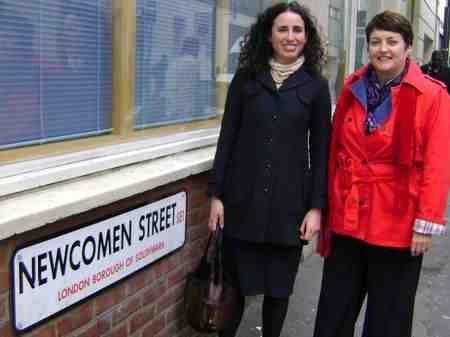 The traffic lights have only been allowing a few vehicles onto Borough High Street at a time, leading to long queues of traffic and increased fumes and noise along Newcomen Street.

"Newcomen Street residents complained about the problems with noise and smell to local councillor Claire Hickson, who contacted me," says Val Shawcross AM, London Assembly member for Lambeth and Southwark.

"However, the lights at the junction are badly timed and change very quickly indeed during the traffic phase, which leads to a problem with traffic backing up Newcomen Street, which is narrow and has a number of residential properties."

Val visited the site with Cllr Hickson last week to see the problem for herself and reported her findings to TfL who agreed to undertake a review of the situation.

"I hope that residents will notice this situation improving," said Val.