Hundreds of people passing along the South Bank on Tuesday were able to join in a special 'all at sea day' as part of the 60th anniversary celebrations for the Festival of Britain. 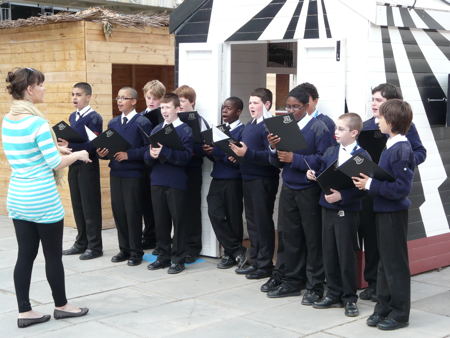 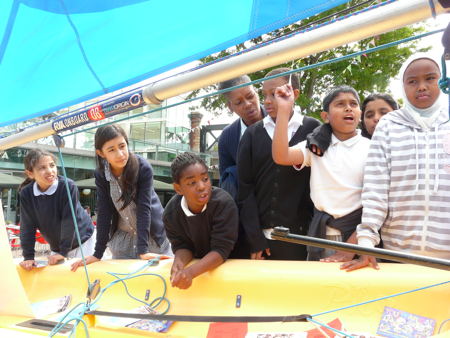 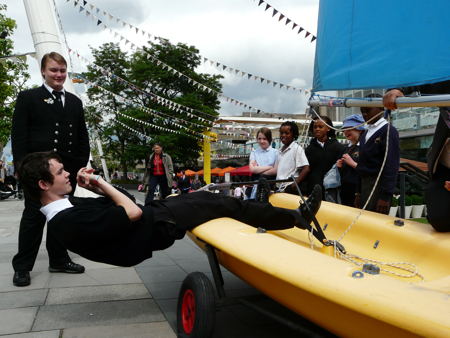 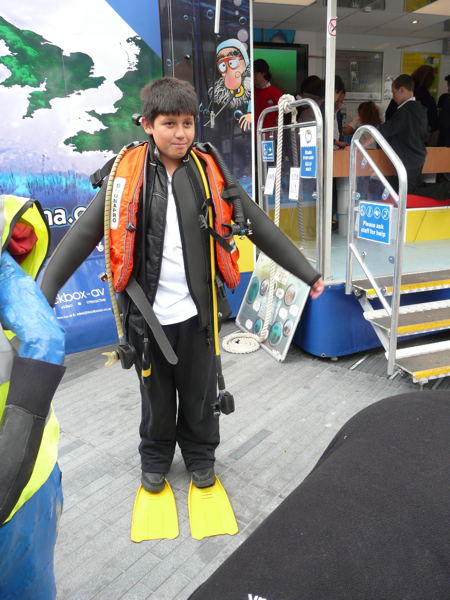 Among them were children from Johanna Primary School, seen here learning how to control a sail and taking part in a marine archaeology demonstration.

The day, organized by the London Nautical School in association with Southbank Centre, also included a debate, demonstrations of knotting, rigging and tacking, and a range of nautical and other singing featuring the school choir as well as an exhibition about the school 60 years ago.

The London Nautical School was formed in 1915 as a direct recommendation of the inquiry into the sinking of the Titanic. It is the only remaining school of the four originally set up, and, though today an ordinary state secondary, retains a nautical bias with all pupils learning to sail during their first year at the school and able to study for maritime qualifications if they so wish.