A row has broken out over Southwark Council's representation on the trust that manages Potters Fields Park as the borough's Labour administration prepares to consider a proposal to replace ward councillor Nick Stanton with a member of the cabinet. 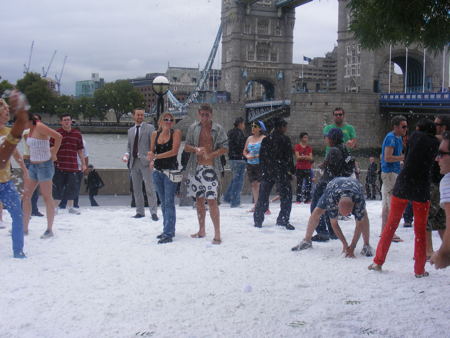 Last week council leader Peter John and opposition leader Anood Al-Samerai clashed over the governance of Potters Fields Park at council assembly. The Lib Dem leader accused her Labour counterpart of "slagging off" the independent trust which manages the park.

The trust board includes two representatives chosen by the council. At the moment these positions are filled by Liberal Democrat Riverside ward councillor Nick Stanton and the council's chief executive Annie Shepperd.

Now it has emerged that the Labour-run council is considering a proposal to remove Cllr Stanton from the board and replace him with a Labour appointee – possibly a cabinet member.

Cllr Al-Samerai has written to the council leader urging him to rethink the plans, and has also written to local residents to alert them to the issue.

"They are proposing to replace the locally elected ward councillor representation with a central Labour cabinet member who does not represent the local community in the same way," says Cllr Al-Samerai.

A report prepared for next Tuesday's cabinet meeting argues that the park's role as a 'live site' with a big screen showing the 2012 Olympics means that the council should be more directly engaged with the management of the space.

"The park's location and level of use means that it cannot be viewed as park purely for local residents," says the report written by Gill Davies, the council's strategic director of environment.

"While it is an important local open space and one of the few in the area, its iconic location and use by people from the whole of Southwark and beyond means that it should be seen as one of the key strategic sites in Southwark."

The Lib Dem leader added: "This is really disappointing and suggests to me an element of control freakery because the leader of the council has not been able to control the decisions of the board.

"I mean, of course, that he was not happy that the board voted against the 9/11 memorial even though local residents were clearly opposed.

"I suppose he thinks that he can stuff the board with people who will do as he says and not stand up for the community."