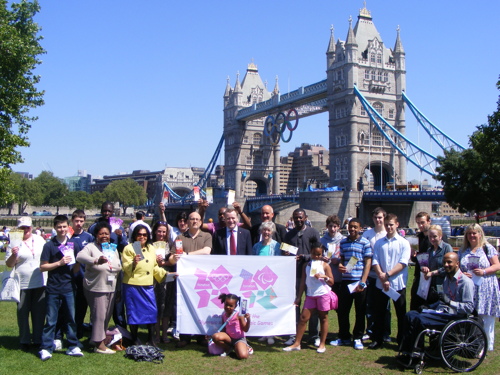 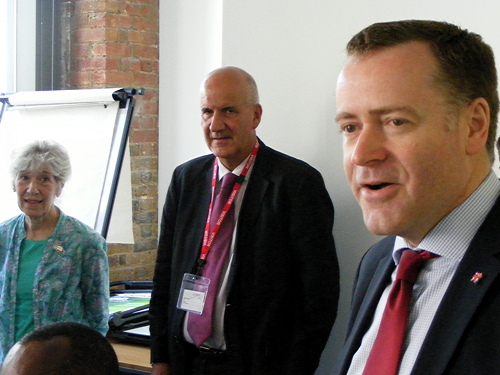 Last year every London borough was given the opportunity to bulk-buy tickets to London 2012 events. Southwark council accepted this opportunity and bought 100 tickets to the Olympics and 96 to the Paralympics at a cost of just under Ł40,000.

Potters Fields Park Management Trust, which earns revenue from hiring out the riverside green space for corporate events and PR stunts, agreed to fund half of the cost of the tickets.

30 per cent of the tickets were allocated directly to Southwark's Looked After Children Service and for the remainder nominations were requested from local groups and organisations for members, staff or volunteers who should be recognised and rewarded for their work in the community.

Groups were asked to describe how their nominee demonstrated at least one of the seven Olympic and Paralympic values of friendship; respect; excellence; equality; determination; inspiration and courage. The applications were then assessed by an independent panel.

9-year-old Chyna Miller Kibry is among 50 people who received a pair of tickets and will see the closing ceremony of the Paralympics Games at the Olympic Stadium on 9 September. She was nominated by the Meakabears Deaf Support Group for her support in looking after her six year old deaf sister.

They said: "Chyna has mastered all the communications skills needed to communicate with her sister and has been a shining beacon at the Meakabears where she helps out other children. Attending the Olympics would be a dream come true for the aspiring athlete and would be a massive reward for the support and kindness she has shown to her sister and all the other deaf children she helps look after."

Cllr Peter John, leader of Southwark Council, said: "Southwark Council is committed to providing inspiring opportunities for both our young and older residents to aim high for themselves and their peers.

"There is a huge public demand for the 2012 Olympic and Paralympic Games tickets and we wanted to make sure that deserving Southwark residents got their opportunity to attend these blue riband events which were so difficult for private individuals to obtain tickets for.

"We're proud that we are able to make these dreams of attending the best Olympic events a reality for so many deserving people. As ever, we have tried to keep costs to the local tax payer down to a minimum and we are grateful to our friends at Potters Fields Park Management Trust for the great contribution they have made towards paying for the tickets.

"This fantastic opportunity means many deserving local people from across the borough will have the priceless opportunity to attend some amazing events, including those that are 'sold out' events."

Stephen Cornford, chief executive of the Potters Fields Park Management Trust, said: "We are pleased to be involved with the community and delighted to be supporting the people of Southwark in enjoying the Olympic and Paralympic Games.

"These lucky individuals will have a wonderful day. We are happy to be working with Southwark Council on this project and hope this will lead to more partnership working in the future."