The Mayor of London has launched a search for artists, companies and community groups to perform at 'PICTURE: Potters Fields', the free festival to be held in the park next to Tower Bridge during the Olympic and Paralympic Games. 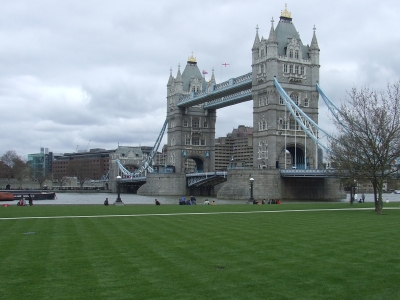 "PICTURE: Potters Fields will be a small, non-ticketed outdoor event offering families, visitors and the local community the opportunity to watch the best action from the Olympic and Paralympic Games for free live on a big screen," says the Greater London Authority on its website.

"Visitors can grab a bite to eat, take in the beautiful view of London’s iconic Tower Bridge and watch roving entertainment whilst they soak up the atmosphere in Potters Fields Park."

The Mayor has dropped an earlier proposal to rebrand the riverside gardens as "London Park" for the duration of the event.

According to documents recently published by City Hall, the GLA has paid the Potters Fields Park Management Trust just Ł1 for the use of the prime open space from mid-July to mid-September.

However, under the terms of the hire agreement, City Hall will have to meet a wide range of costs including security, litter removal and making good any damage to the park.

The PICTURE: Potters Fields event will be open daily 10am-10pm during the Olympics (Saturday 28 July to Sunday 12 August) and Paralympics (Wednesday 29 August to Sunday 9 September).

Prospective performers have until 8 May to submit their outline application. The theme is 'The Best of London' and although groups and individuals from around the capital can apply, the GLA says that submissions from Southwark will be particularly welcome.

• To find out more about the application process for performers, see www.london.gov.uk/picture