Bermondsey & Old Southwark MP Simon Hughes has used a debate in Westminster Hall to urge Thames Water to avoid digging up the Alfred Salter Playground in Druid Street when it builds its proposed 'super sewer'. 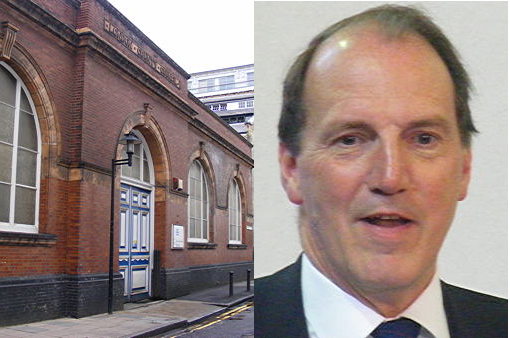 Thames Water is proposing to build a new tunnel underneath the River Thames to reduce the amount of untreated sewage which is discharged into the river.

Mr Hughes secured the debate on waste water in the London region to seek assurances from ministers that decisions on the local impacts of the £3.6 billion project will be subject to scrutiny from elected representatives.

"Like every riverside MP, but more than most, my constituency is very much on Thames Water's map," Simon Hughes told MPs in Westminster Hall last week.

"When the company announced its plans at the turn of the year, it featured two sites in Bermondsey.

"It considered Druid Street, which would connect the local combined sewer overflow, known as Shad Thames pumping station, to the main tunnel.

"It also considered the foreshore near Butler's Wharf and the car park at the flats in Tower Bridge Road. It decided that Druid Street was the preferred site. However, there was concern about that as it was the site of a children's playground on a council estate and not the greatest of sites.

"I hope that Thames Water will respond positively to those views and go ahead using the Shad Thames pumping station and not the Druid Street site."

In July Thames Water said that it believed that by installing extra equipment at the existing pumping station in Maguire Street it could avoid the need to connect the local sewer overflow to the 'super sewer' at all, thereby saving the Alfred Salter Playground from several years of closure.

Environment minister Richard Benyon, who replied to the Westminster Hall debate, said: "Nobody who has anything to do with the River Thames can deny that we face a problem now and that if our generation of politicians does not take action, we will leave the next generation with a possibly devastating impact on an iconic – that is a rather overused word, but it is appropriate here – river that runs through one of the most important capital cities in the world.

"Therefore, the Government are taking a similar view to that of the previous Government, in that we believe that it is important that this project goes ahead and that the tunnel option is the right one."

He added: "It takes as little as 2 mm of sudden rainfall to trigger an overflow into the Thames of untreated waste water from a combined sewer. Currently, around 39 million cubic metres of waste water enter the Thames every year from London's combined sewer overflows when storm water capacity is exceeded. That is enough to fill the Royal Albert Hall 450 times. I have tried to get that image out of my head, but failed.

"Those discharges occur around 50 to 60 times a year, and they have a significant environmental impact on the Thames."

The minister said that he expected that even if the Thames Tunnel project as a whole is approved by central Government, "significant consequential buildings" required for the tunnel "would undergo application for development consent" at a local level.

Thames Water says that it will announce its preferred sites for the construction of the 'super sewer' when it launches a 14-week consultation process in early November.

During the debate Mr Hughes also paid tribute to the organisers of the Save King's Stairs Gardens Action Group and the Save Your Riverside campaign which have articulated the concerns of residents in SE16.