Thames Water will this week hold a three-day exhibition in Bermondsey of its latest proposals for the controversial Thames Tunnel (aka 'super sewer'). 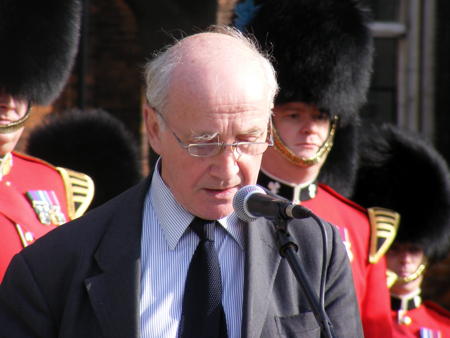 To combat the huge quantity of raw sewage discharged into the River Thames each year, the water company is proposing to construct a new tunnel along the riverbed to intercept the output of the capital's sewer overflows.

Following its first round of consultation earlier this year, Thames Water recently launched a 14-week consultation period on its revised proposals.

"We have been working hard to refine our original plans, where possible, in the light of the concerns people have raised with us," says Phil Stride, head of London tideway tunnels at Thames Water.

"This has resulted in some significant changes, also reflecting our absolute determination to Balance overall disruption with the equally important need to ensure that the price tag remains affordable for our customers.

"There are no easy choices when it comes to selecting construction sites, but our focus during this latest phase of consultation will be to work with communities around our revised list of preferred sites to ensure we understand and address their concerns effectively. It is particularly important that we listen to local people's views on what individual sites should look and feel like after construction work has finished."

A public exhibition will be held this week (Thursday to Saturday) at the Beormund Community Centre in Abbey Street.

Locally the company is no longer proposing to use the Alfred Salter Playground in Druid Street as a construction site, and will instead install more powerful pumps at the Shad Thames Pumping Station in Maguire Street.

In Southwark the public debate on the 'super sewer' has focused on King's Stairs Gardens in Rotherhithe where a vocal community campaign opposed the use of this greenfield site for the construction of the tunnel. In the latest proposals Thames Water's preferred location is now the brownfield site at Chambers Wharf.

The plans to use Chambers Wharf have sparked another local campaign and a public meeting will be held on Wednesday night in advance of the official Thames Water exhibition.

At the Lambeth end of SE1 the company now proposes to use Lacks Dock alongside the MI6 headquarters to access its work site on the foreshore near Vauxhall Bridge rather than digging up Albert Embankment Gardens next to Peninsula Heights.

Southwark Council was one of five local authorities which sponsored a commission chaired by the Earl of Selborne to investigate alternatives to the Thames Tunnel.

Launching his report at the end of October, Lord Selborne said: "Our forensic analysis shows there is a substantial body of evidence pointing to the fact that there is a smarter way to make the River Thames cleaner.

"A shorter tunnel, combined with green infrastructure solutions that are built up incrementally in the medium to long term, would be both compliant with EU directives and less costly and disruptive to Londoners. These alternatives require further study."

Cllr Peter John, leader of Southwark Council, said: "As a riverside borough, we are absolutely committed to the aim of cleaning the Thames and preventing sewage leaks, but the Thames Tunnel plans appear unnecessarily disruptive and costly."

"We're equally concerned that in the current economic climate, with the rising cost of living, the last thing that Londoners need is a scheme that will cost the equivalent of £70 for every single water bill-payer in the city."

This week at Mayor's Question Time Liberal Democrat London Assembly member Mike Tuffrey asked Boris Johnson if he agreed that the £25,000 cost of the Selborne Commission was "a complete and absolute waste of taxpayers' money".

The Mayor replied: "Obviously it is up to councils to decide how they wish to spend their money. I do not think it is a good cause. I think ... we need to minimise the impacts for London's residents but we need to get the super sewer in to deal with the inevitable failures of Victorian infrastructure. We cannot live forever in this city on Victorian capital."

Debbie Leach, chief executive of Thames21, said: "The state of the river is shameful and Thames21 calls for fast, effective action.

"Caring for the river is a labour of love for thousands of Thames21 volunteers, and the River Thames should be London's pride and joy.

"But increasingly frequently people are driven away by disgusting and abhorrent levels of sewage.

"Research has shown clearly that the Thames Tunnel is the best solution, and we need it delivered without delay."