Part of the gangway leading to HMS Belfast collapsed into the Thames on Tuesday lunchtime, prompting a major operation by fire and rescue services. 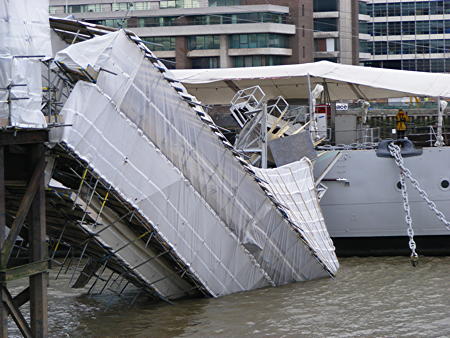 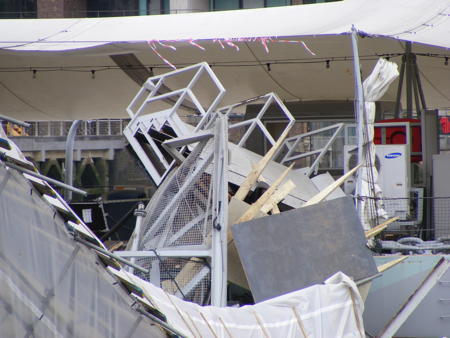 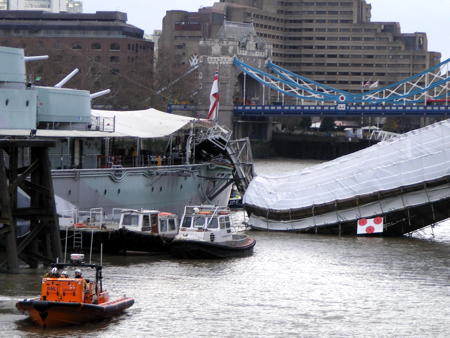 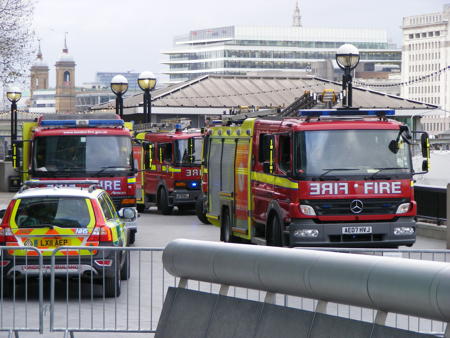 Maintenance work was under way on the gangway which was covered in scaffolding.

The London Fire Brigade says that it was called at 12.38pm. The Thames Path was shut to allow emergency vehicles to get close to the ship.

The RNLI lifeboat from Tower Lifeboat Station also attended the scene and searched the river but did not find anyone in the water.

The RNLI says that it understands that three workmen were on the ramp at the time of the collapse but managed to scramble to safety.

"Two contractors working on the site have sustained minor injuries and have been taken to hospital as a precaution," said a spokeswoman for the Imperial War Museum.

"The Port of London Authority and emergency services have been informed.

"All visitors and the majority of staff members have been evacuated and escorted back to shore. A small group of staff members are still on HMS Belfast and a boat is being arranged to take them to shore later this afternoon.

"Our priority is to ensure that all our visitors and staff members are safe.

"The ship will be closed until further notice. We are beginning an urgent and full investigation into what has happened."

100 people are said to have been on board at the time of the incident.

Plans for an emergency training exercise on board the ship on Tuesday afternoon have been cancelled.