A Thames barge carrying a giant set of Olympic rings made its debut on the river on Tuesday to mark the 150-day countdown to the start of the 2012 games. 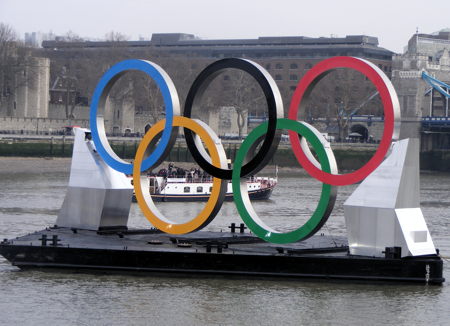 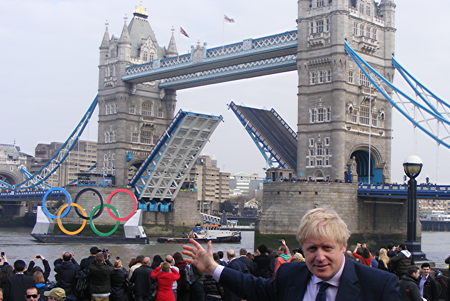 The 25-metre wide £930,000 installation will be put into storage until the summer when it will form part of London's programme of 'iconic spectaculars', along with the daily light shows to be held at Tower Bridge which will also be decorated with giant Olympic rings and Paralympic agitos.

A London Fire Brigade fire boat put on a display with its jets of water as the rings were displayed to the world's media in Potters Fields Park.

"2012 is one of the most thrilling years in our city's history and as we welcome the world we have an unprecedented opportunity to showcase and strengthen London's outstanding culture and creativity, which are a hugely important part of our economy," said the Mayor.

"From museums to theatre, and music to design, we have a reputation that is second to none and London's finest artists and organisations are producing an exceptional range of brand new cultural events that will add to the excitement of hosting the Games.

"We're creating the biggest festival of outdoor arts ever to be seen in the capital, as well as fantastic new work that will throw new light on some of our city's lesser known landmarks and hidden gems.

"Wherever you are you will feel a part of the 2012 celebrations and experience a summer like no other in one of the most exciting cities on earth."