The Duke of Edinburgh, patron of the St Nazaire Society, attended a lunch at the Union Jack Club in Waterloo on Saturday to mark the 70th anniversary of Operation Chariot. 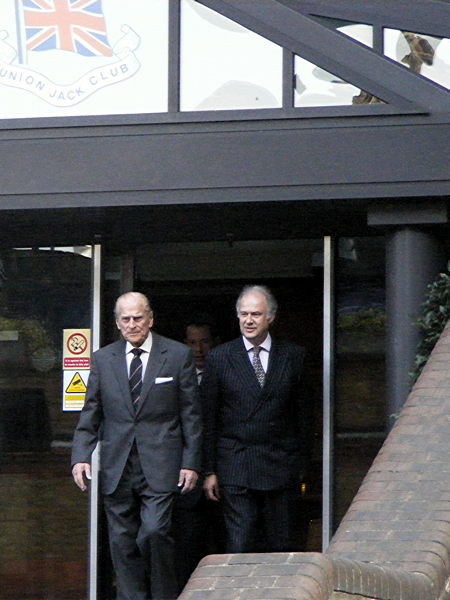 Operation Chariot, on 28 March 1942, was a successful amphibious attack by the Royal Navy and British Commandos on the dry dock at St Nazaire in German-occupied France.

A British destroyer, HMS Campbeltown, was rammed into the dock gates. The ship was packed with explosives that detonated later that day.

Of the 600 British servicemen who took part in the operation, 169 were killed in the raid and 215 became prisoners of war. German casualties numbers more than 360.

Television historian Dan Snow was the main speaker at the 70th anniversary lunch.

The Duke spent nearly three hours at the event – an hour longer than planned.