Conservative candidate Boris Johnson visited Waterloo on the final day of the City Hall election campaign to wave off a convoy of London taxis taking veterans of the Second World War to the Netherlands. 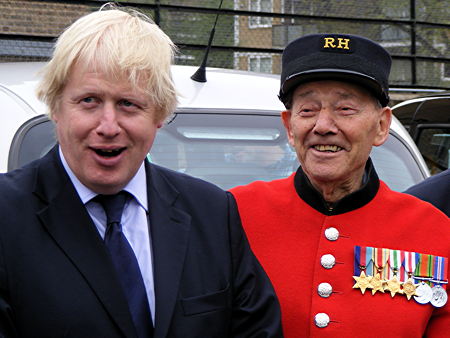 Boris Johnson with a Chelsea Pensioner 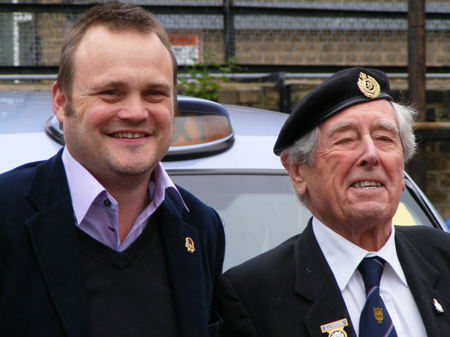 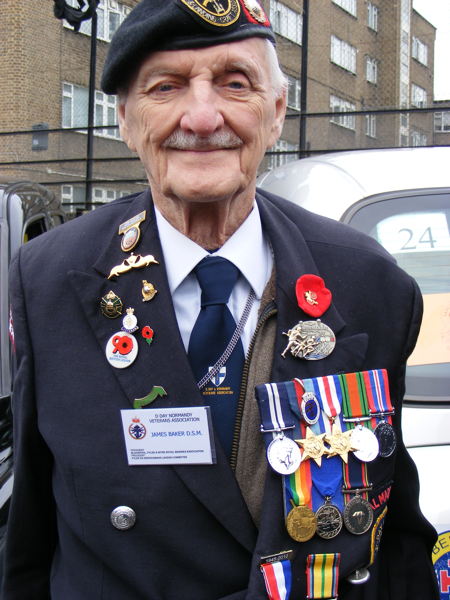 James Baker from Blackpool ready for the trip

160 Second World War veterans set off in a convoy of black cabs from the UK to the Netherlands where they will be guests of honour during the country's national liberation day celebrations on 5 May.

The convoy has been organised by the London Taxi Benevolent Association for the War Disabled who assembled a line-up of taxis in Waterloo Bus Garage on Cornwall Road on Wednesday afternoon as part of the send-off from the nearby Union Jack Club.

The participating veterans are aged between 85 and 94 and this may be their final chance to meet up with surviving Dutch comrades and celebrate the historic union between British and Dutch armed forces which led to the liberation of the Netherlands in 1945.

"This once-in-a-lifetime journey is a unique opportunity for us to help celebrate and pay respect to the unique bond forged between Holland and Britain during World War II," says Richard Hudd, chairman of the London Taxi Benevolent Association for the War Disabled.

"Everyone at the charity was so eager to get involved and give something back, from the cabbies giving up their time and fares to the volunteers who work tirelessly around the clock to collect donations.

"We are confident this trip will be an amazing experience for the vets and demonstrate the amount of support and admiration the public still hold for our old war heroes."

The Mayor of London, in one of his final pre-election engagements, was joined at the event by comedian Al Murray.

Boris Johnson added: "A procession of London taxis driving through the Netherlands on this epic journey of remembrance will truly be an amazing sight!"