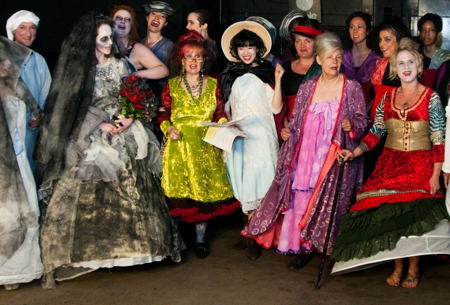 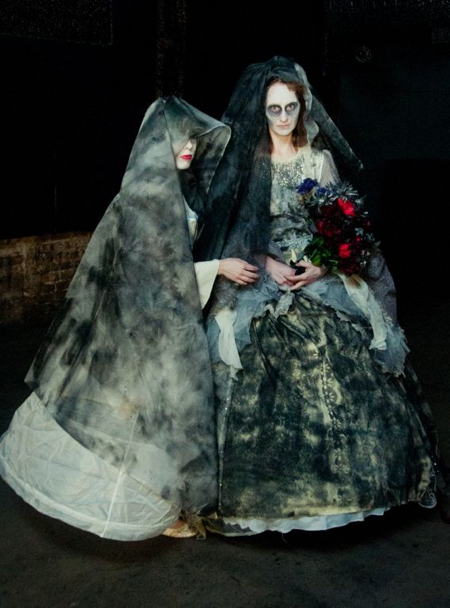 The show's theme was a celebration of the bicentenary of Charles Dickens' birth and drew on the writer's reported experience of mental distress.

The first half of the show featured the batik collection, which mixed classic styles of long, black dresses, frocks and trousers with vibrant batik printed accents.

The designers, all participants at CoolTan Arts, were trained in the traditional batik wax method to create the fabric accents, a process which is very time consuming and requires many different phases to complete.

The second half of the show was inspired by Dickens characters and each garment was accompanied by a poem that was written and read by CoolTan Arts members specifically for the works.

The finale piece was Miss Havisham's wedding dress, a show stopping look comprised of a plethora of different fabric pieces including dyed gray lace, jewels and a head to toe veil.

Hair and makeup were provided by The Stress Exchange in Tooley Street and items in the goody bags came from several local London Bridge businesses.

"As Dr Rowan Williams recently said, the central message of Dickens' work is that 'you have to grow through generosity.'"

Georgina Dawkins, business manager at Team London Bridge, said: "It's been fantastic to see the hard work of so many people coming together to produce such a successful and fitting showcase for the Dickens bicentenary and to raise awareness of the great work that CoolTan Arts does with local people.

"The poetry written especially for each costume really evoked the character being portrayed and created a wonderful atmosphere in the arches of Cable.

"We've had excellent feedback from everyone who came along and we'd love to see the CoolTan Arts Fashion Show replicated in one of the larger London Bridge businesses for an evening event."