Charles Browne, a volunteer at Blackfriars Settlement, has published a book of his poetry. 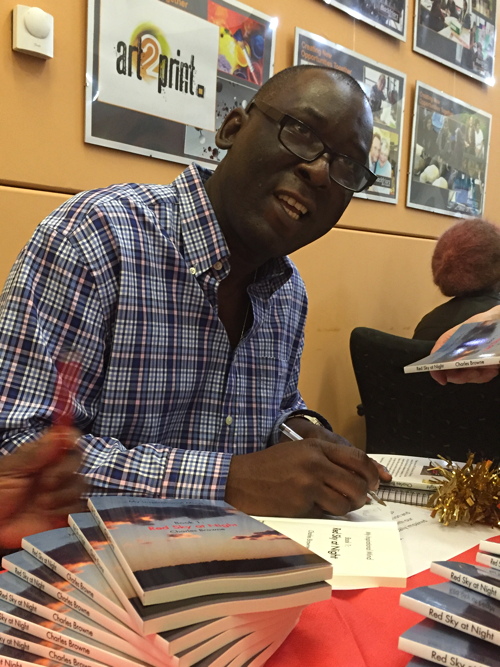 Charles Browne has suffered paranoia and spent time in psychiatric hospitals. It was at this time that he started writing poetry.

A volunteer with the older people's service at Blackfriars Settlement for more than 10 years, Browne has been encouraged in his poetry by the charity's indefatigable older people's coordinator Tina Johnston, who has brought people together to make the book a reality.

Browne has been a part of a poetry group at CoolTan Arts for the last 7 years.

His first poetry book – Red Sky at Night – was launched at Blackfriars Settlement just before Christmas.

Fame was in his name
Style were the ashes he left,
V&A put his fashion on show
For the masses to see who he was.
He was an oddity, a rebel,
Never again to see his golden years,
But his legacy and his vision
Will mean he will always be a hero.

Red Sky at Night is available as a Kindle ebook and a paperback. More details at www.myinspirationalmind.com