Young people's charity SE1 United has marked nine years as a youth group with a reception at County Hall on the South Bank. 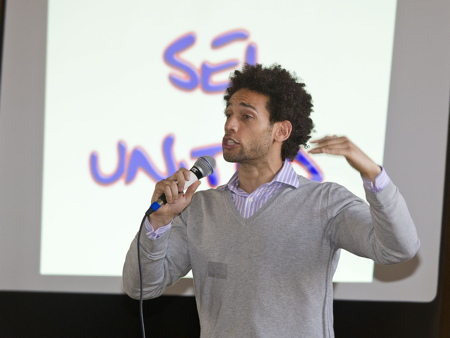 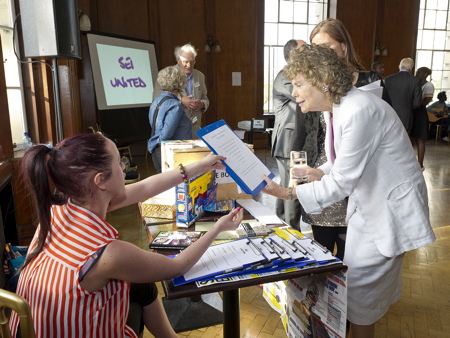 The celebratory event, in the London Film Museum, was hosted by the group's patron the Earl of Normanton and Vauxhall MP Kate Hoey.

Each year around 30 young people spend time enjoying such sports as clay pigeon shooting and archery at Lord Normanton's country seat Somerley House in Dorset. The mansion and park were the film location for the television adaptation of Mansfield Park.

"It's what the young people have made it. They see it also as a way they themselves can change other people's lives in the community. It's been a huge huge benefit to this part of Waterloo."

Among the young people praising SE1 United for help and inspiration was 20-year-old Olutimi Jogunosimi who told guests that he rejected past criminal activity after his friend Sunday Essiet was murdered and was now in his final year of a degree course at Goldsmiths', University of London.

"If it wasn't for SE1 United, I would be dead," said Timi. "When Sunday died I was afraid that it could have been me. Now I work to help others have confidence to achieve their goals."

Melba Mwanje was cheered when she told her story of winning a place at Oxford University and now working in a well-paid job at Canary Wharf. SE1 United chair Sarah Cretch revealed to the audience that Melba has also appeared three years running on the Future Leaders List.

"Because we live here sometimes we don't realise how serious things are in terms of teenage pregnancy, gangs in London, the homicide rate, drugs and alcohol rate and this is the environment we are growing up in. So that's what we are up against and with the way the funding situation is we are having to try run projects that deal with situations like this.

Sarah Cretch said that the charity was active in Lambeth and Southwark offering young people a programme of events, cultural opportunities, mentoring, training, educational support and travel. However, funding had recently been reduced due to cuts in government and other public grants.