Simon Hughes MP visited Guy's Hospital on Tuesday to mark the start of work to replace the cladding on the 34-storey tower at the heart of the hospital campus. 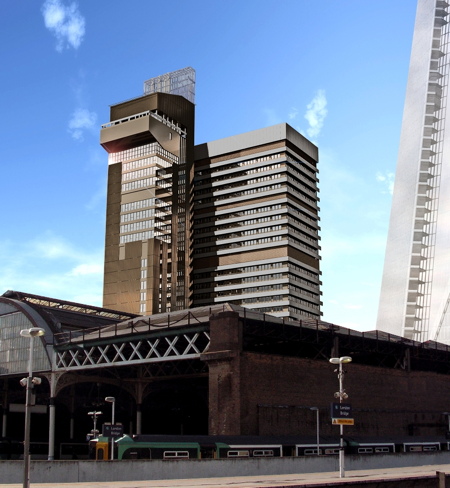 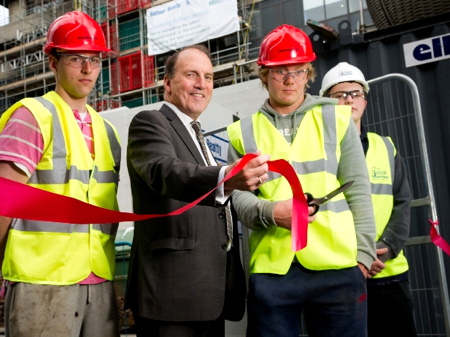 The 143-metre tower opened in 1974 and after nearly four decades is in need of an overhaul.

It's just over a year since Southwark councillors approved plans drawn up by architects Peynore and Prasad to replace the building's windows and install new energy-efficient cladding to the communications tower.

Preliminary work began in April and the project is now getting under way in earnest.

"We don't just want our local hospitals to provide the best care, we want that care to be provided in the best buildings, and Guy's and St Thomas' are leading the way," said Simon Hughes MP.

"This scheme is part of a ten-year plan for the trust which plans to invest in a series of building projects that will create a better environment for better care.

"It's also great to see that the contractors Balfour Beatty have employed a workforce of apprentices from the local area – ensuring our local residents are learning new skills, and have opportunities for employment."

• Earlier this week we reported on plans for a new Sainsbury's Local store at the base of Guy's Tower in Great Maze Pond.