A new artwork on the roof of Guy's Tower has been officially inaugurated. 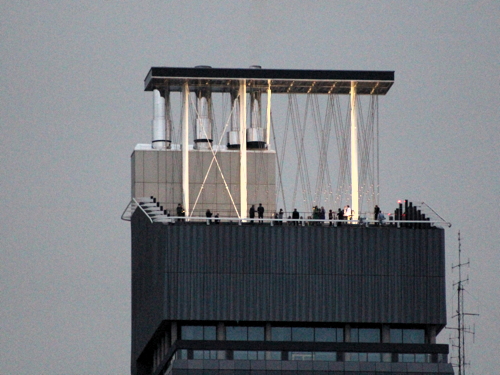 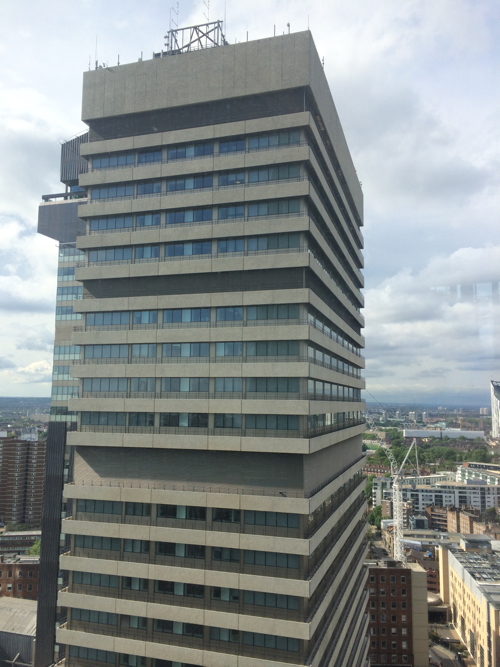 The addition of the light sculpture Carsten Nicolai aeolux enables Guy's Hospital to reclaim the title of world's tallest hospital building from the Hong Kong Sanitorium & Hospital. At 148.65 metres, the London hospital now is now just six inches taller than its rival.

The switching on of the light sculpture marks the completion of a Ł40 million makeover at the 40-year-old tower. New cladding has been installed on the communications tower and all windows have been replaced.

The project has been six years in the making, with permission granted by Southwark councillors in 2011.

New 'origami'-style cladding was designed by architects Peynore & Prasad. Arup provided engineering services and the work was carried out by Balfour Beatty.

As well as preventing further deterioration of the concrete, the project has also produced dramatic improvements in energy efficiency.

Simon Hughes MP, who cut a ribbon to mark the start of work just under two years ago, was among the guests at Wednesday night's event.

The Bermondsey & Old Southwark MP recalled his several sponsored abseils down the tower and revealed that in his new job as the justice minister responsible for court buildings across the country he had cited Guy's and St Thomas' NHS Foundation Trust as an example of good practice in caring for public sector buildings.

"The rationale for the Guy's Tower project was simple – the building was starting to deteriorate and a complete overhaul was needed," said Steve McGuire, director of Essentia, the estates division of Guy's and St Thomas'.

"To safeguard our services to patients and the groundbreaking research based in the building, something had to be done. We set out a plan to repair the tower and make it fit for decades to come. It was completed on time and to budget without us having to cancel one patient appointment."

Sir William Wells, chairman of Guy's and St Thomas' Charity which has funded the light sculpture on the roof of the tower, said: "The tower is an iconic building and Carsten Nicolai aeolux will be a powerful addition, a public symbol that reaffirms the central role Guy's Hospital plays in the life of the communities who live, work and are treated in this part of South London."

• The long-awaited Sainsbury's Local food store at the foot of the tower in Great Maze Pond is due to open this summer.

What do you think of the light sculpture