Preliminary works for the recladding of the Guy's Hospital tower have begun and NHS bosses have signed the contracts for the transformation of the 34-storey building. 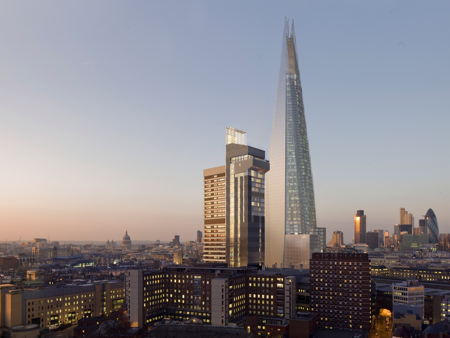 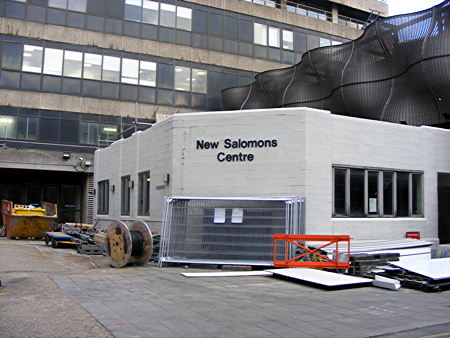 The tower, which dates from 1974, is the tallest hospital building in the world.

Preparatory work began during Easter week when Great Maze Pond was shut to motor vehicles to allow contractors to set up their works compound. The street will be shut to cars – but remain open to pedestrians – for the next 18 months.

Now Guy's and St Thomas' NHS Trust has signed the final contracts to enable the tower makeover to begin in earnest.

As part of the scheme the Guy's and St Thomas' Charity has appointed artist Carsten Nicolai to produce a sculpture that will sit at the top of the landmark tower.

Made of lightweight steel and using a series of LED spotlights, the proposed sculpture will be illuminated at night.

"Following a period of careful planning, we're extremely excited to have signed the contracts with Balfour Beatty," says Steve McGuire, director of Essentia (the trust's rebranded facilities and estates department).

"We are confident that Balfour Beatty together with Arup, the project managers, will deliver the project to a high standard.

"We aim to transform the tower's external appearance, to deliver a sustainable landmark design that benefits the trust as a whole, and with an impact reaching beyond the hospital site into the London Bridge Quarter and beyond."

Meanwhile the trust is hoping to attract a supermarket chain to open a convenience store such as a Tesco Metro or Sainsbury's Local at the foot of the tower. Hospital bosses have applied for planning permission to turn the New Salomons Centre in Great Maze Pond into a food shop.