A choir featuring children and teenagers from a Roman Catholic church in Bermondsey has been praised for its contribution to the opening ceremony of the Olympic Games. 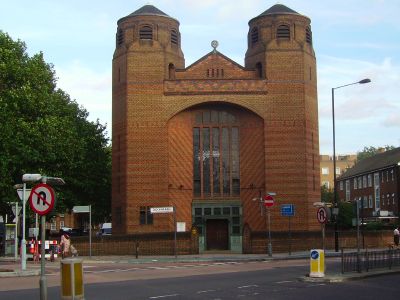 The Dockhead Choir includes 40 children and teenagers from the church choirs of The Most Holy Trinity Dockhead and St William of York, Forest Hill.

The choir, which is directed by Mag Shepherd, took part in the medley of Jerusalem, Flower of Scotland, Danny Boy and Bread of Heaven early on in the ceremony, as well as Caliban's Dream during the lighting of the Olympic cauldron.

"Congratulations to the Dockhead Choir – they have really done Southwark proud," said Cllr Veronica Ward, the borough's cabinet member for culture, sport and the Olympics.

"A big well done to each and everyone of the young people who really made the opening ceremony a night to remember."

• The parish priest of the Most Holy Trinity Church, Fr Alan McLean, has recently been made an honorary canon of St George's Cathedral by the Archbishop of Southwark, the Most Revd Peter Smith.