Justin Welby named as next Archbishop of Canterbury

The Bishop of Durham, Rt Revd Justin Welby, is to be the 105th Archbishop of Canterbury - and SE1's biggest and grandest house comes with the job. 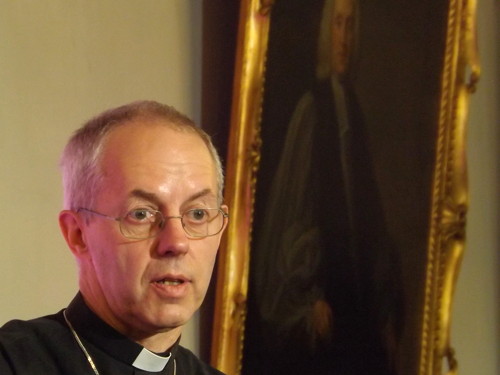 Lambeth Palace, the London residence of Archbishops of Canterbury since the 13th century, was the venue for a press conference on Friday morning at which the Archbishop-designate made his first public comment on his new job.

He described his nomination as Archbishop as "astonishing and exciting" but admitted that his first reaction has been "Oh no!"

Bishop Welby paid a warm tribute to the current Archbishop, Dr Rowan Williams, who retires at the end of this year.

He affirmed his support for the ordination of women as bishops whilst pledging support for those in the church who have theological objections to the move.

"We must have no truck with any form of homophobia in any part of the church," he said.

Noting his support for the church's official stance on same-sex marriage he added: "I also know that I need to listen very attentively to the LGBT communities and examine my own thinking carefully and prayerfully.

"I am always averse to the language of exclusion when what we are called to is to love in the same way that Jesus Christ loves us."

The Bishop of Southwark, Rt Revd Christopher Chessun, said: "I welcome the announcement that Bishop Justin has been appointed the next Archbishop of Canterbury and look forward to working with him as he returns to the Southern Province.

"I assure him of my prayers and the prayers of the whole Diocese of Southwark for him and his family as he prepares to take up this significant new ministry."

Later this month Rowan Williams will pay his final visit to Southwark Cathedral as Archbishop for the consecration of new bishops.

The new Archbishop will be enthroned in Canterbury Cathedral on 21 March 2013.