Firefighters from across London converged on the London Fire Brigade headquarters in Union Street on Monday afternoon to protest against plans to close 12 fire stations in London, including Southwark Fire Station. 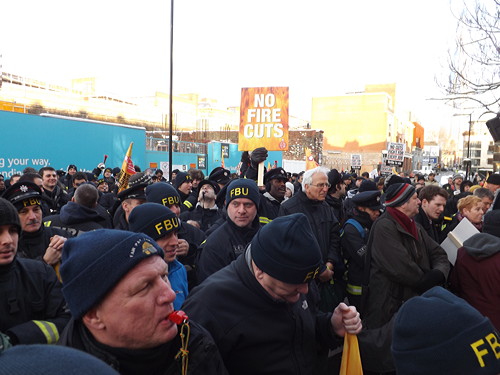 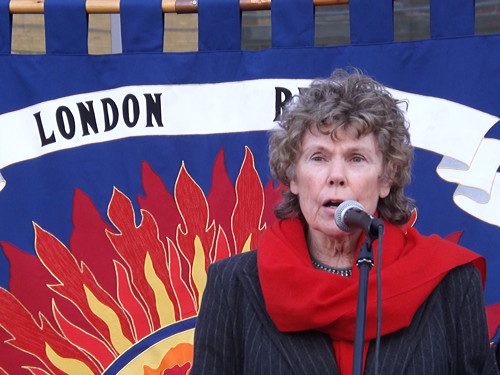 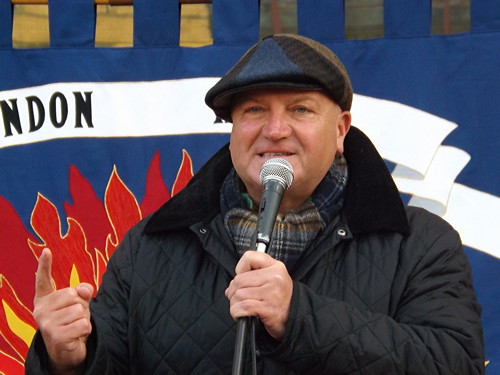 Bob Crow of the RMT 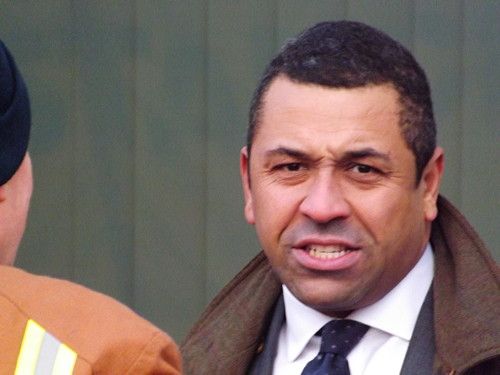 The protest was called by the Fire Brigades Union to coincide with a meeting of the London Fire and Emergency Planning Authority which was considering the cuts.

Southwark Fire Station in Southwark Bridge Road, just yards from the brigade's headquarters, remains on the hit-list of 12 stations facing closure if the plans are implemented.

Firefighters and their supporters used whistles and air horns to make their presence felt outside the meeting of the authority.

The gathering was also addressed by London Labour MPs Kate Hoey and John Cryer as well as FBU representatives.

Ian Leahair of the FBU said that it is "absolutely contemptible" that fire brigade bosses are considering closing Southwark Fire Station and reducing fire cover in Peckham whilst the inquest into the fatal fire at Camberwell's Lakanal House is still under way.

Ron Dobson, commissioner of the London Fire Brigade, said last week: "Like virtually every other public service, the brigade needs to make savings. In the last four years, we have cut Ł52 million without reducing frontline services.

"Additional savings cannot be found without making significant changes to how we keep London safe. In the last decade, demand for the brigade's service has changed dramatically and it's time to reflect that in how our fire stations, engines and staff are organised."

The fire authority is chaired by Conservative London Assembly member James Cleverly but his party does not command a majority on the body.

Labour, Liberal Democrat and Green members of the authority have all set out their opposition to the proposals, a move which could prompt the Mayor of London to use his power to push through the cuts.

Lib Dem Stephen Knight AM said: "These cuts being forced on London's fire brigade by Boris Johnson will make London less safe and are unnecessary.

The Green Party's Darren Johnson AM said: "The public are desperately worried about these closures. Rather than cutting council tax the mayor should be providing the funding to keep these fire stations open.

"The closures are completely unnecessary but the mayor seems more interested in council tax cuts than London's safety."