The Duchess of Cornwall visited the Garden Museum in Lambeth on Wednesday morning to open a new exhibition charting the history of the cut flower trade. 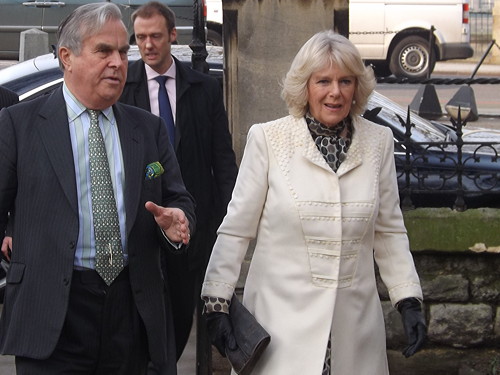 Sir David Brewer, Lord Lieutenant of Greater London, greeted the Duchess as she arrived at the museum 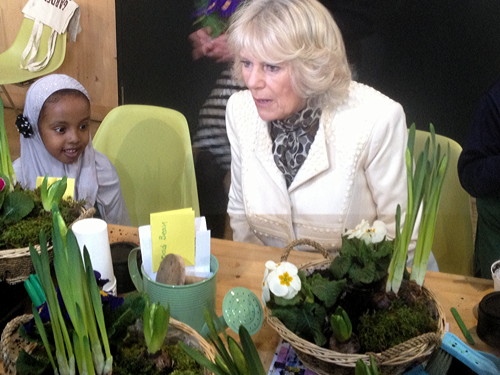 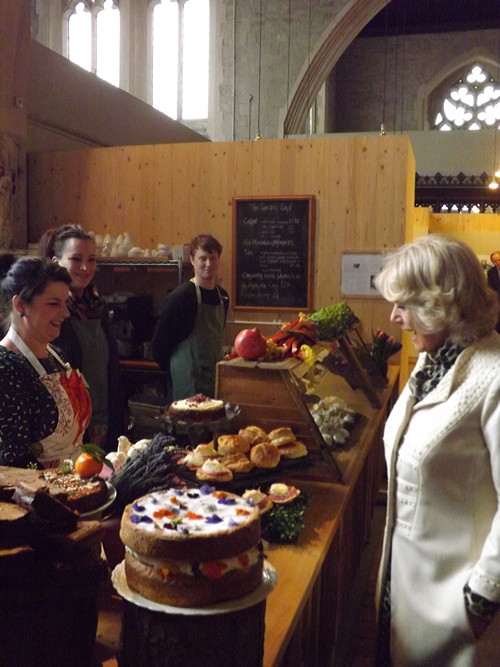 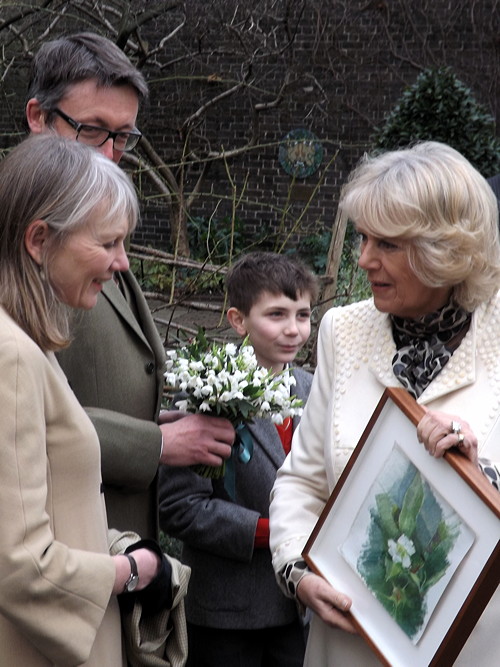 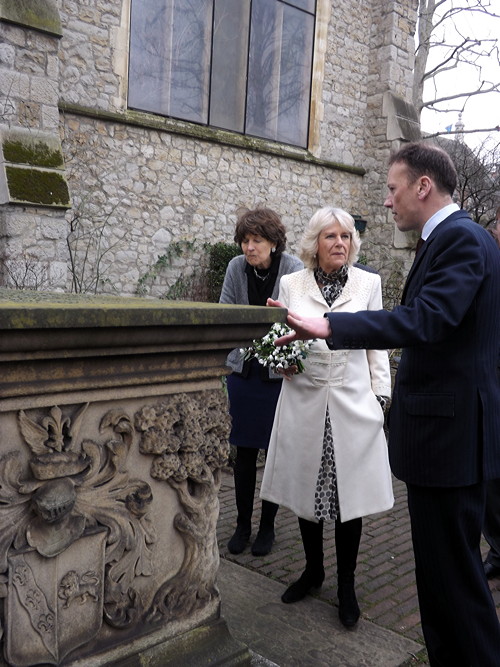 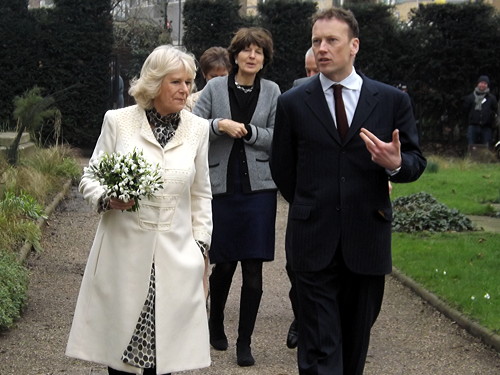 The Garden Museum is based in the former church of St Mary-at-Lambeth next to Lambeth Palace.

The Duchess was invited to the museum by its director Christopher Woodward who had previously met her on a bus tour of guerrilla gardens in South London.

The new exhibition Floriculture: Flowers, Love and Money tells the story of the cut flower trade from the 17th century to the present day.

During the visit she enjoyed a cup of tea from the vegetarian Garden Cafe.

The royal visitor was shown a model of the museum's planned development of new exhibition space inside and outside the former church building.

As she left the museum she received a posy of flowers and was presented with a painting by Charlotte Verity, a former artist-in-residence at the museum.